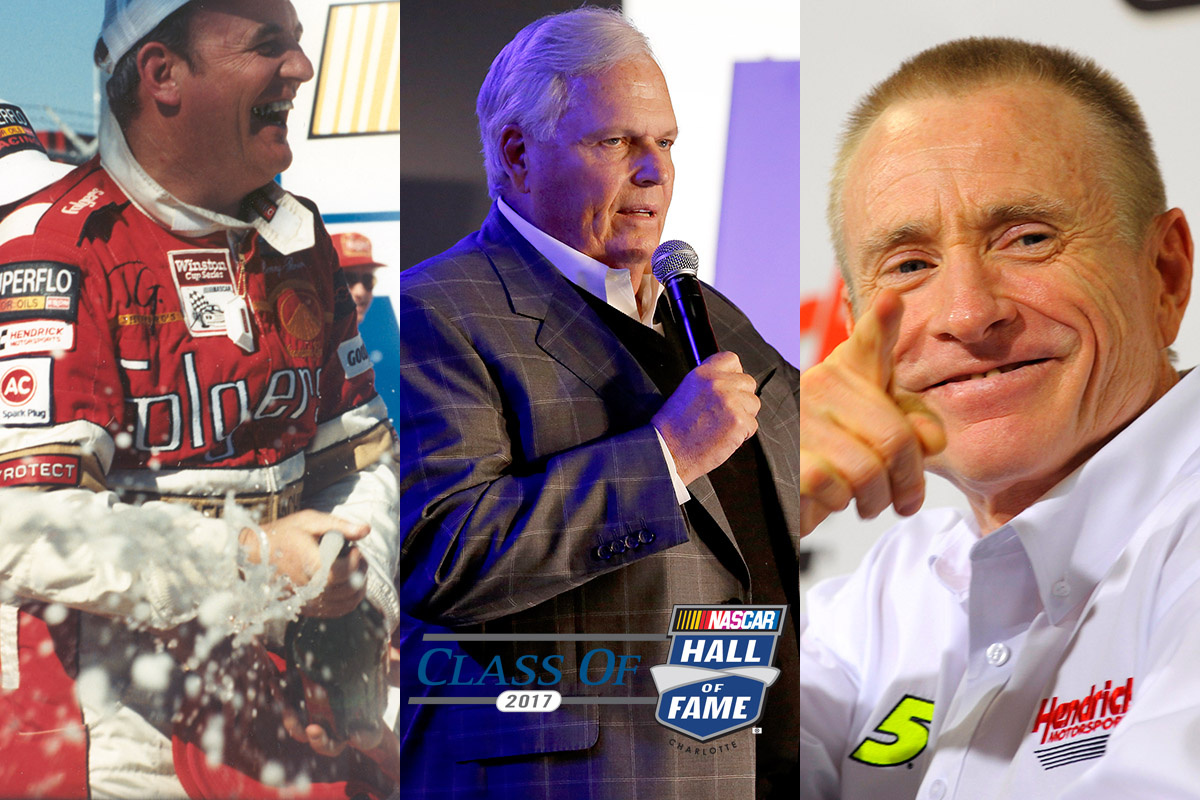 CHARLOTTE, N.C. – Wednesday, May 25, was a banner day for Hendrick Motorsports.

Three men with ties to the organization were named to the NASCAR Hall of Fame Class of 2017, led by the owner himself, Rick Hendrick.

The other two 2017 inductees are Raymond Parks and Richard Childress.

Under Hendrick’s leadership, Hendrick Motorsports has grown from five employees in its inaugural 1984 season to more than 600 – and 242 Sprint Cup Series wins have followed.

And Parsons and Martin helped along the way.

The North Carolina native who called Detroit home was named one of NASCAR’s 50 Greatest Drivers in 1998. He won 21 times in his career, earning a top-10 finish in 54 percent of the races he entered. Among his notable achievements are his 1975 Daytona 500 victory and becoming the first driver to qualify a stock car at more than 200 mph in 1982 at Talladega Superspeedway.

He also had a successful career after racing, moving on to become a commentator for NBC and TNT until his passing in 2007 at the age of 65.

Martin raced three seasons for Hendrick Motorsports, and his first one was his most prolific. In 2009, he won five races for the organization in addition to his 14 top-five finishes, 21 top-10s and seven pole positions – which led the series. His five wins that year were second only to teammate and series champion Jimmie Johnson, and he finished the year second in the overall standings.

In all, he amassed 23 top-five finishes, 42 top-10 results and 10 pole positions in addition to his five wins with Hendrick Motorsports.

A 96-time race winner in NASCAR national series competitions – including 40 Sprint Cup victories -- Martin was also named one of NASCAR’s 50 Greatest Drivers in 1998 along with his new Hall of Fame compatriot Benny Parsons.

The main criteria for induction into the Hall of Fame are NASCAR accomplishments and contributions to the sport.

There’s no doubt all three men met that standard.