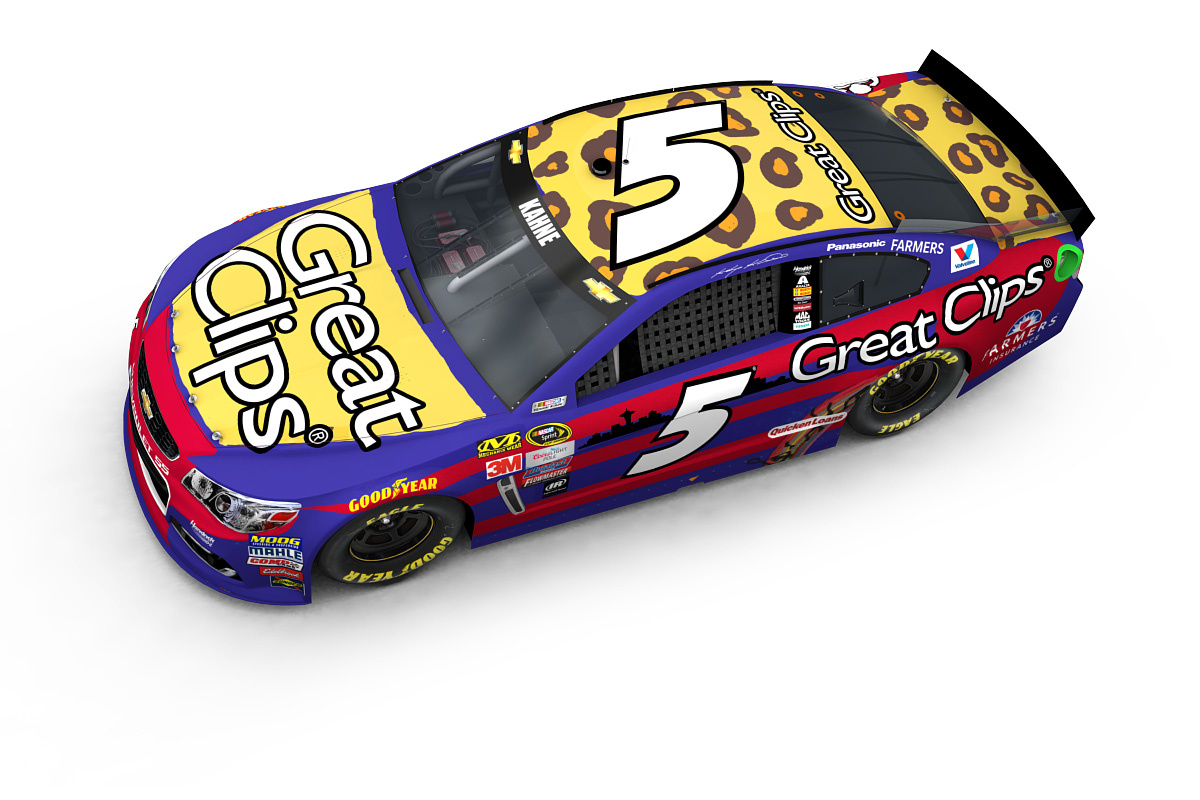 CONCORD, N.C. -- This weekend, what began as an idea in a young girl's head will become a reality on the track at Daytona International Speedway.

Great Clips teamed up with Strong Against Cancer to celebrate the creative spirit of patients at Seattle Children's Hospital with the fun opportunity.

The children were encouraged to be creative and express themselves while designing their very own No. 5 Chevy for this weekend's race. Kahne hand-picked four finalists, and Noelia's design won.

“When Noelia found out she won we were at Seattle Children’s,” Noelia’s mother, Emilia Gutierrez, told Seattle Children's Hospital. “She was screaming and jumping, but she was also trying not to be too loud since we were in the hospital. She was so excited! We couldn’t believe it.”

Diagnosed with Acute Myeloid Leukemia in March 2015, Noelia has been in and out of the hospital for treatment ever since. During the design contest, she stayed up day and night coloring and her nurse made sure she was entered into the running.

Since winning, she has become a big fan of Kahne.