Bowman on filling in for Earnhardt: 'An honor to get the phone call'

Bowman on filling in for Earnhardt: 'An honor to get the phone call' 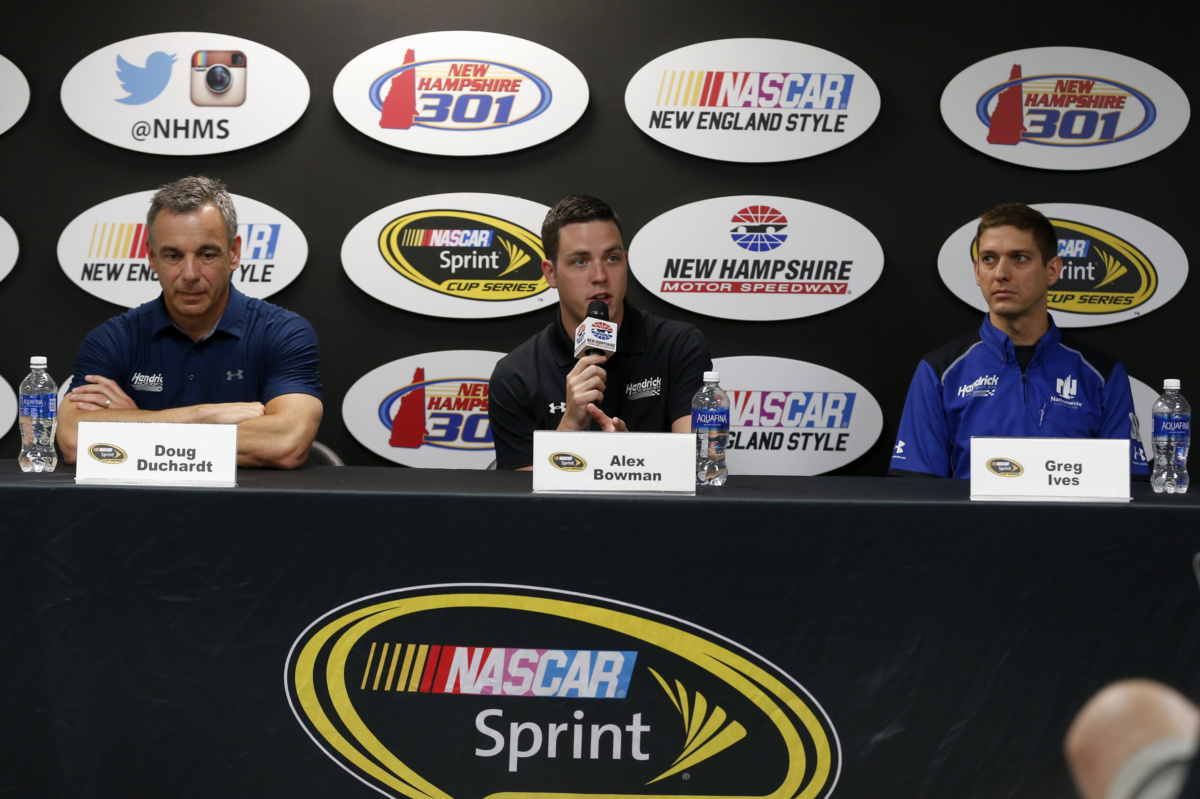 “I was at work,” he explained.

But when he did pick up, he found out that he had the chance of a lifetime ahead of him.

Bowman is set to climb behind the wheel of the No. 88 Chevrolet SS this weekend at New Hampshire Motor Speedway, with Dale Earnhardt Jr. missing the race due to concussion-like symptoms.

“It’s definitely not the circumstances that I want to get an opportunity like this,” he said. “Obviously I’m hoping Dale feels better, but at the same time it’s the best opportunity I’ve ever had in my life.”

The 23-year-old driver said his goal this weekend will be to try to fit in with the No. 88 team as seamlessly as possible.

“I’m not here to try to be Dale Earnhardt Jr. – I’m my own person – but I just need to plug in and give them the best feedback I can,” he said. “I’m really confident in the whole team, obviously they bring great race cars to the track every weekend, so if I just do my job I feel like I’ll just be good to plug into it.”

Hendrick Motorsports General Manager Doug Duchardt said that after talking with Earnhardt and No. 88 team crew chief Greg Ives, they all agreed that Bowman was the right choice for the job.

It began early in the week, when the team began to think it was a possibility that Earnhardt – who wasn’t feeling well – would start the race before another driver would fill in. That’s when they looked to Bowman.

When it became clear on Thursday that Earnhardt would need to sit out the race entirely, Duchardt felt comfortable sticking with Bowman for the full ride.

“He’s run the XFINITY car, he’s done a good job in that car, he’s part of the JR Motorsports system, part of our system and so Greg reached out to Alex,” he explained. “Less than 24 hours ago is when we found out that Dale couldn’t run. We had Alex lined up to be in the car, it made perfect sense and I have confidence that he and Greg will do a good job this weekend.”

That allowed him to make the jump to the NASCAR Sprint Cup Series for both the 2014 and 2015 campaigns. This season, he has taken on a limited schedule driving for JR Motorsports in the XFINITY Series.

He earned a top-10 finish in each of his four XFINITY starts to this point in the season, two of which were top-five results, and has grabbed one pole position and led 44 laps.

“Obviously we have been knocking on the door to get some wins this year and it’s been a lot of fun,” Bowman said of his stint with JRM. “(Earnhardt) has been a good friend to me and has been somebody I can lean in on all the time. I hate to see him not feeling well. He has done a lot for my career and I couldn’t be any more thankful.”

Now, he’s preparing to climb into the car of the driver he has been working for.