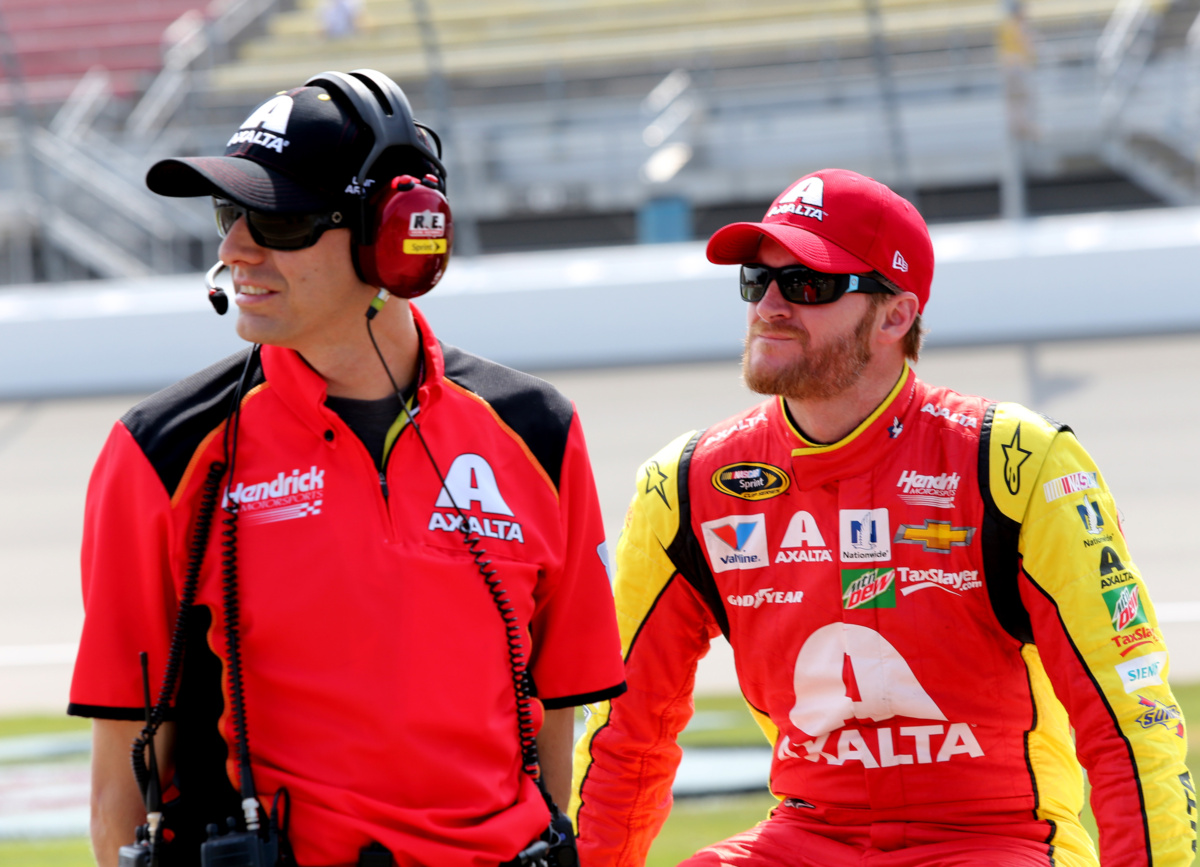 CONCORD, N.C. – With the news that Dale Earnhardt Jr. will miss at least the next two NASCAR Sprint Cup Series races, Hendrick Motorsports owner Rick Hendrick reiterated that Earnhardt should take “all the time he needs to recover” from concussion-like symptoms.

That is fresh on the mind of No. 88 team crew chief Greg Ives, who said Earnhardt stopped by the race shop to visit with his team Wednesday.

“First and foremost, the main goal right now is to make sure Dale is on the proper path to recovery and that he doesn’t have the stress of having to return to the car before he is completely ready,” Ives said. “Our thoughts are with him through all the testing and waiting that he has to go through.”

During the next two races – this weekend at Indianapolis Motor Speedway and July 31 at Pocono Raceway -- Jeff Gordon will serve as the No. 88 team’s substitute driver.

Gordon competed in his 23rd and final full-time Sprint Cup Series season in 2015 and moved to the broadcast booth for FOX Sports during the 2016 campaign.

For the driver who grew up in nearby Pittsboro, Indiana, Sunday's race at Indianapolis will mark his first return to a Cup car since last season’s finale at Homestead-Miami Speedway where he was a Championship 4 contender.

“It’s definitely going to be a little bit of a different atmosphere,” Ives said. “With him coming back for the two fill-in races, there is going to be a lot of media attention, especially in his home state, so we’ll just need to concentrate and focus on the task at hand.”

With a new driver behind the wheel, adjusting the interior of the No. 88 Axalta Chevrolet SS became a priority.

Last week, when Alex Bowman took on the substitute role at New Hampshire Motor Speedway, the No. 88 team did not have to make many adjustments to the steering wheel, headrests or seatbelts, as Bowman fit into Earnhardt’s seat.

This week, however, Gordon requires an entirely new interior setup.

Fortunately, the driver has made all 797 of his career Cup starts for Hendrick Motorsports, so the team has been able to adjust the car to fit Gordon’s specifications.

“We already know all of his dimensions and have the seats, seatbelts and everything that he felt comfortable in when he ran the last race at Homestead in 2015, so we were able to have access to all that,” Ives explained. “Everyone in the 5/24 shop, the 48/88 shop and the composite shop have all been able to work together so we have the ability to get Jeff’s seat and everything in the car just exactly the way he last remembered it."

The crew chief said the team will be ready to take on the Brickyard with the driver who has more wins at the track than anyone in NASCAR Sprint Cup Series history.

“We are getting to work with one of the most iconic figures in NASCAR,” Ives said, “who has helped get the sport to where it is today.”