Hendrick, Byron talk signing: 'It's got our whole company excited'

Hendrick, Byron talk signing: 'It's got our whole company excited' 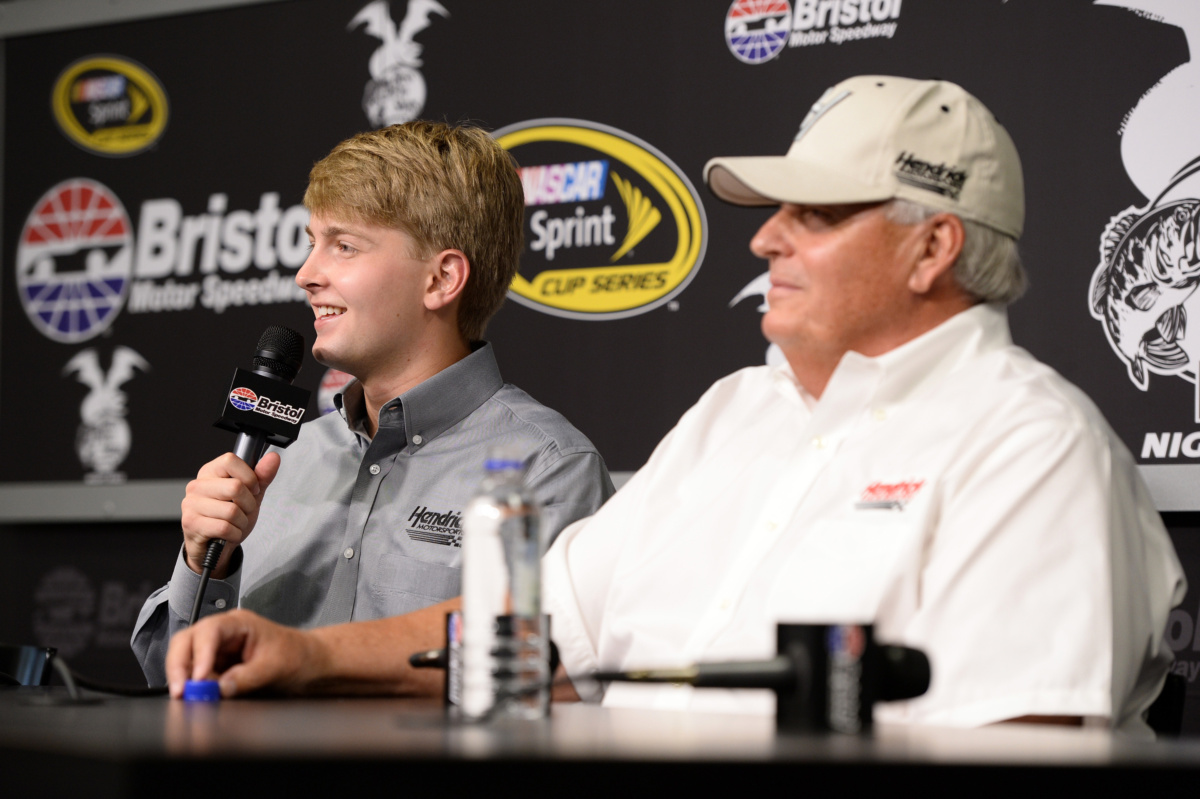 A fan of racing since he was just 6 years old, the 18-year-old will now join the organization he idolized growing up.

“I’m definitely being honest when I say Jimmie Johnson was my favorite driver,” he said Saturday at Bristol Motor Speedway. “That’s the cool connection with Hendrick Motorsports now is that was really my goal. They were the standard for me growing up and still have been.”

But for as elated as Byron has been, Hendrick Motorsports owner Rick Hendrick said the organization’s enthusiasm may rival the driver’s.

“You’ve heard me say this about young guys like Chase (Elliott) – he’s got the whole package,” Hendrick said of Byron. “And it’s got our whole company excited.”

The driver, who has posted a rookie record five NASCAR Camping World Truck Series victories this season, claimed the NASCAR K&N Pro Series East championship in 2015 and earned two late model wins while driving for JRM in 2014 and 2015.

“He has won in everything he’s ever gotten into,” Hendrick said.

The owner noted that he has had his eye on Byron for a while. And as the deal began to come together, Byron was busy stringing together wins in the truck series.

“We signed the deal last Tuesday,” Hendrick said with a smile forming on his face. “There wasn’t any sense of urgency, but then after he won two or three races back to back, I thought I better hurry up.”

“This is an incredible opportunity to have Hendrick Motorsports’ support,” Byron said. “I’m just really impressed and thankful that Mr. Hendrick is investing in me and wants to see my future through. I’m really looking forward to the rest of this year in the truck series also, but I can’t wait until next year at JRM.”

As for Hendrick, he’s happy to have Byron in the fold.

“We’re glad to have him and we’re looking forward to the future.”