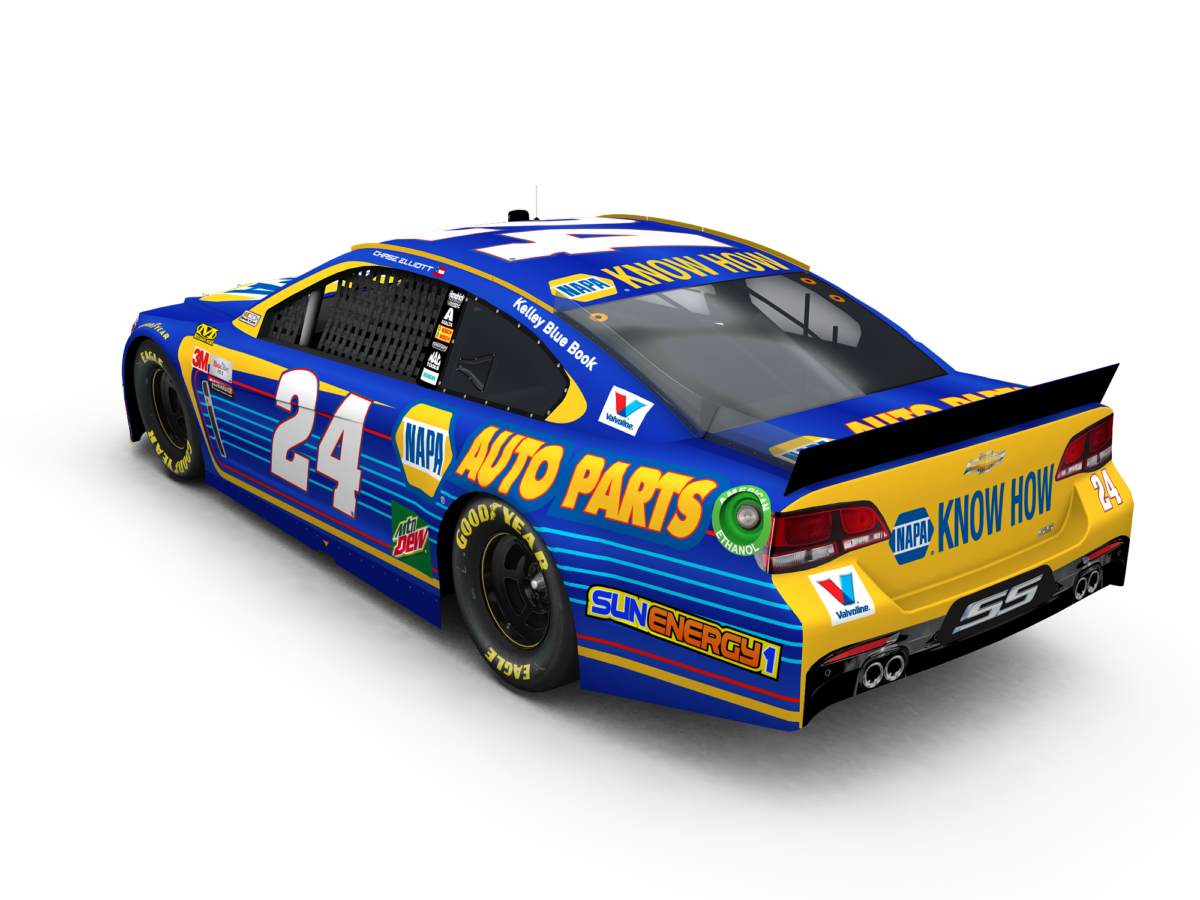 The 2016 Rookie of the Year contender wanted to "keep it all in the family," so the design will retain the same blue-and-yellow colors as well as the five blue stripes that mimic Ron Capps' NAPA AUTO PARTS NHRA Funny Car.

However, the scheme also incorporates new featured elements such as yellow racing stripes surrounding the existing light blue and red stripes on the side panels, yellow stripes on the A-frames and a completely new yellow rear panel.