Gordon: 'Confident' in return to Martinsville

Night time is the right time for Elliott in Nashville victory

Nos. 5, 24 place in top five for practice at Nashville

Gordon: 'Confident' in return to Martinsville 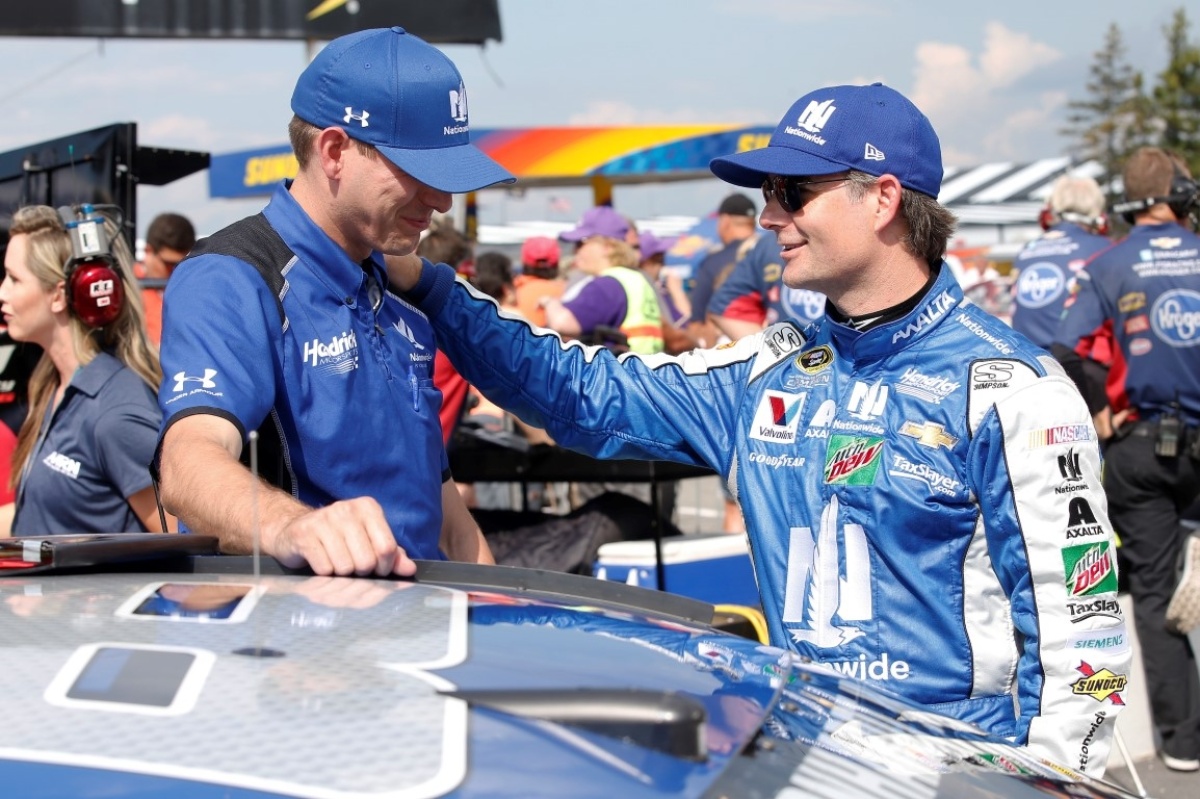 Martinsville Speedway tops the list as the track where Gordon saw the most success.

“You kind of like to leave a place with a win and I definitely don’t want to mess that up," Gordon said, "but it’s also a track that I like and feel confident at."

Throughout his career, the driver claimed nine victories at the 0.526-mile oval. He also logged 29 top-five finishes and 37 top-10s, both career-highs for Gordon. The 45-year old won seven poles and led a total of 3,779 laps at Martinsville.

This weekend, Gordon will pilot the No. 88 Nationwide Chevrolet SS for the final time as he fulfills his last remaining substitution duty for Dale Earnhardt Jr.

With the past success he has seen at Martinsville Speedway, Gordon feels confident in the No. 88 team and their ability to be a top contender this weekend.

"I don’t see why we couldn’t go there and contend for a win," Gordon said. "We won there last year and I don’t think a lot has changed. The question is, ‘Were we the best car there?’ To me, I think we’d have to be a little bit better than we were last year to be in that position.”

To see Jeff Gordon compete in his final Cup Series race, tune in to NBCSN Sunday, Oct. 30 at 1 p.m. ET.