For Hendrick family, one win stands above the rest

For Hendrick family, one win stands above the rest

CONCORD, N.C. – Through all the highlights, the wins and championships, there is one moment in Hendrick Motorsports owner Rick Hendrick’s career that will always stand out.

“The most important race we’ve ever won – the highlight of our racing career,” Linda Hendrick said. “It can’t be put into words what that meant to us, and it’s something that can never be taken away from us. That’s certainly at the top of the list.”

It was Saturday, July 7, and it was the very first truck race at Kansas Speedway.

Ricky Hendrick’s crew chief, Lance McGrew, noted the track was new to everyone, meaning veteran drivers had less of an advantage. That helped level the playing field for Hendrick, a series rookie.

“It was all new – everybody was on the same page,” he said. “We just unloaded, and we were fast from the get-go.”

"The most important race we've ever won -- the highlight of our racing career."

After narrowly missing the pole position, Hendrick drove his No. 17 truck to the front multiple times throughout the day, taking the lead for the final time with 24 laps to go.

But the second-place competitor was mounting a charge.

The crew chief said that wanting the win so badly made the white flag lap “grueling,” but when the checkered flag flew, the wave of relief and excitement was palpable.

“I just remember how nervous we were coming down to the end of that race,” Rick Hendrick said, “and when he got out of the truck and we all embraced and we were all crying, how special it was.”

Both Rick and Linda Hendrick were at the race, and together they made their way to Victory Lane.

“I never missed any of Ricky’s races,” Linda Hendrick said. “I was thrilled that we could be there together and experience it as a family. I can’t put into words what it felt like to be there. We cried, we laughed – it was just very, very special.” 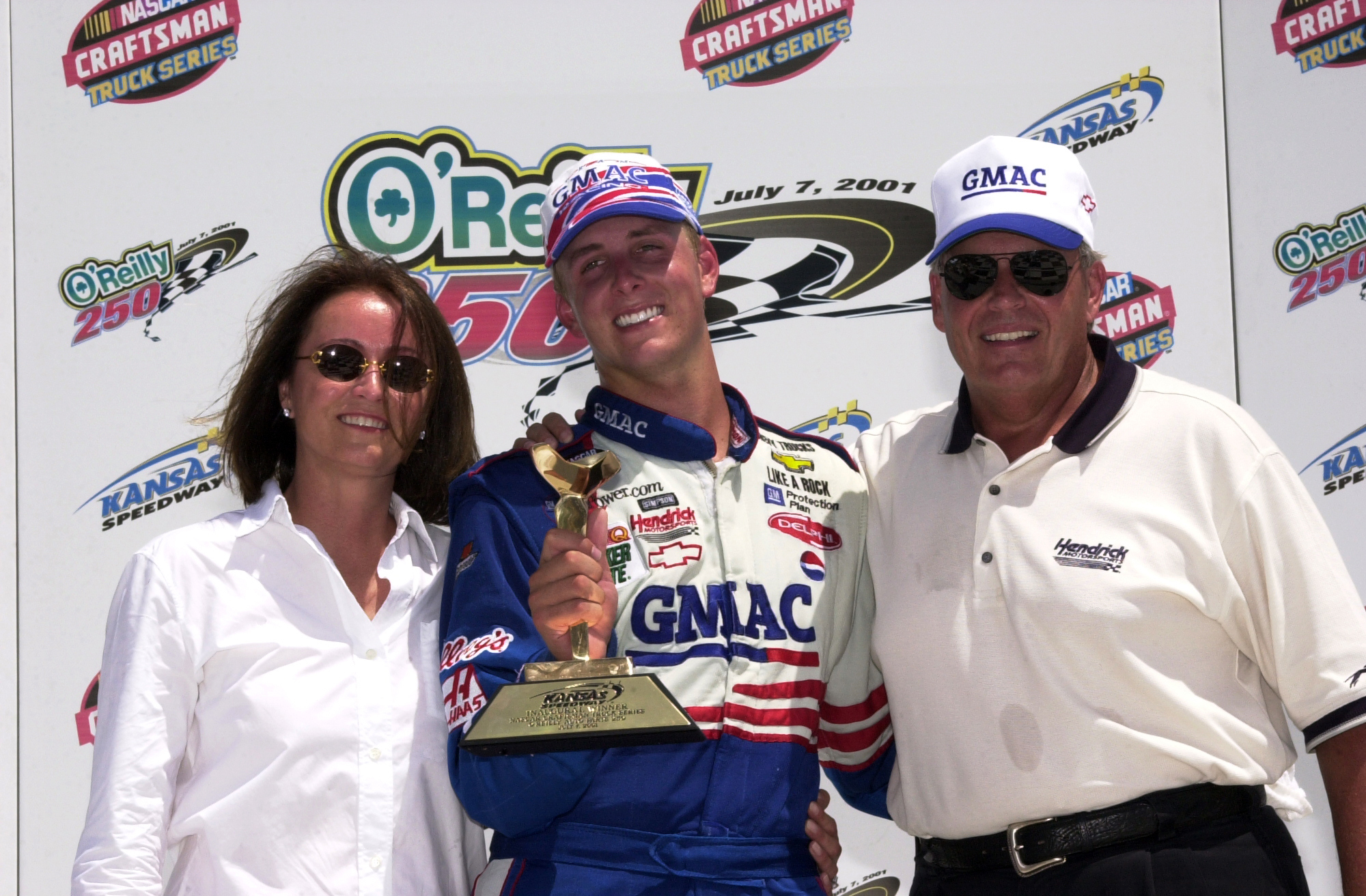 For Rick Hendrick, one of the most memorable moments of the win came after the family left Victory Lane.

“Going into the media center and watching him up there on the stage talking about the race and getting questions from the media, it was so special because I can remember when he was just old enough to talk, talking about racing,” he said. “It ran in his blood.”

McGrew said it was clear at the time just how important the win was for Ricky and the Hendrick family and called it “hands down, my favorite” win of all time.

“Now that we don’t have him with us anymore, that race is even more of a treasure,” Linda Hendrick said. “It’s something that we’ll always cherish, being there with him and seeing him so excited to win his first race.”

As Rick Hendrick prepares for Friday night’s NASCAR Hall of Fame induction ceremony, he said there has been “a river of emotions,” and he can’t help but think of his son, that race and the moments they spent together.

“When he first started to be able to say words, they were ‘car’ and ‘race,’ and he wrote little poems at school about one day driving,” he said. “When you get to an event like this and you look at what the sport has meant to you and your family, you think about those things.

“I know he’ll be watching.”