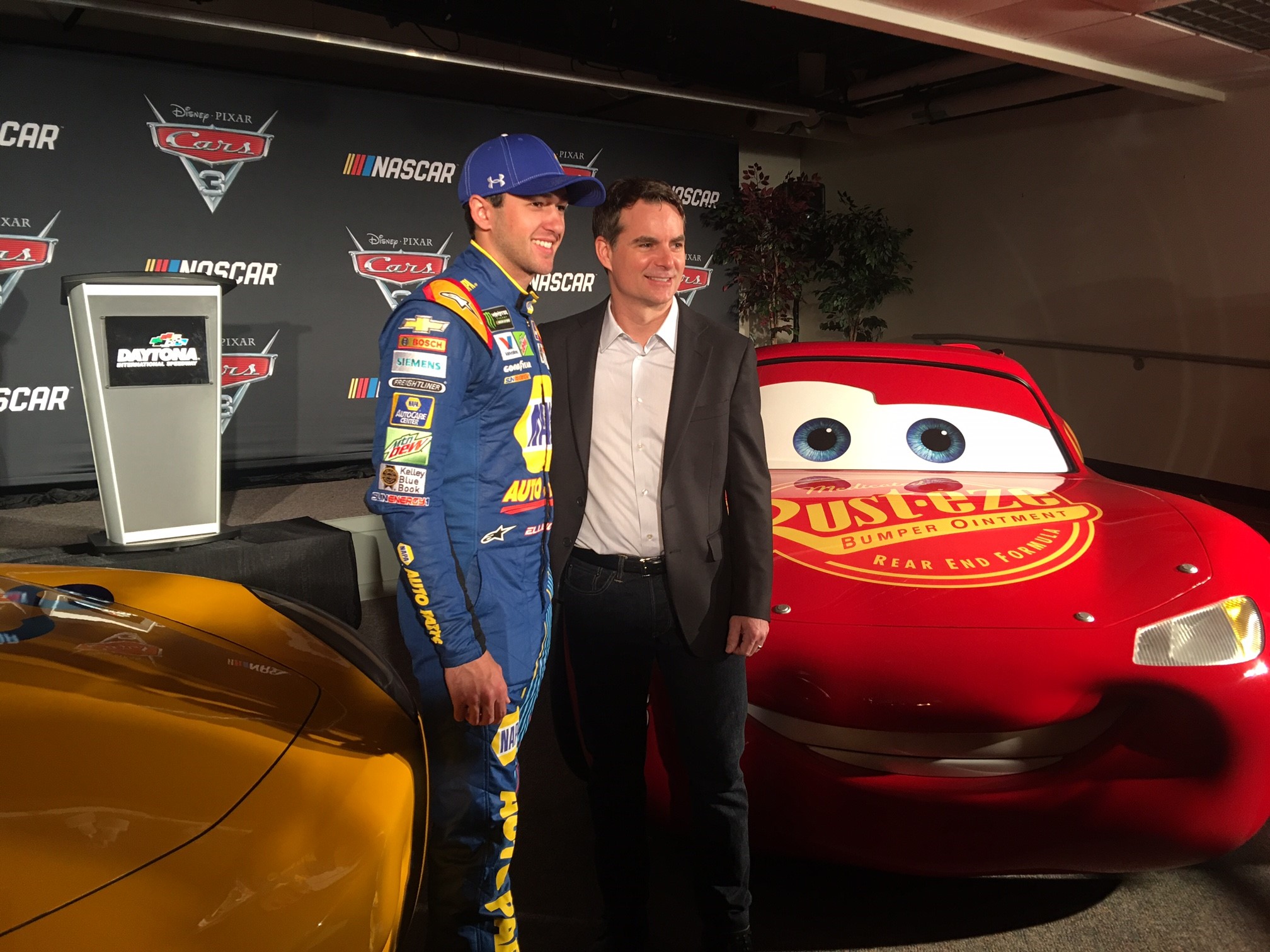 DAYTONA BEACH, Fla. -- When Disney Pixar's "Cars 3" hits theaters, there will be more than a few familiar voices for Hendrick Motorsports fans.

Joining the fun this time around is Chase Elliott, who will voice the character "Chase Racelott." He joins a group that also includes Ray Evernham and Jeff Gordon -- or "Jeff Gorvette" -- voicing characters in the movie.

The plot of the new movie has Lightning McQueen -- voiced by Owen Wilson -- blindsided by a new generation of blazing-fast racers and pushed out of the sport he loves. He joins forces with a few new friends and hatches a plan to show he still has the heart of a champion on Piston Cup Racing's biggest stage.

The movie is due in theaters on June 16.