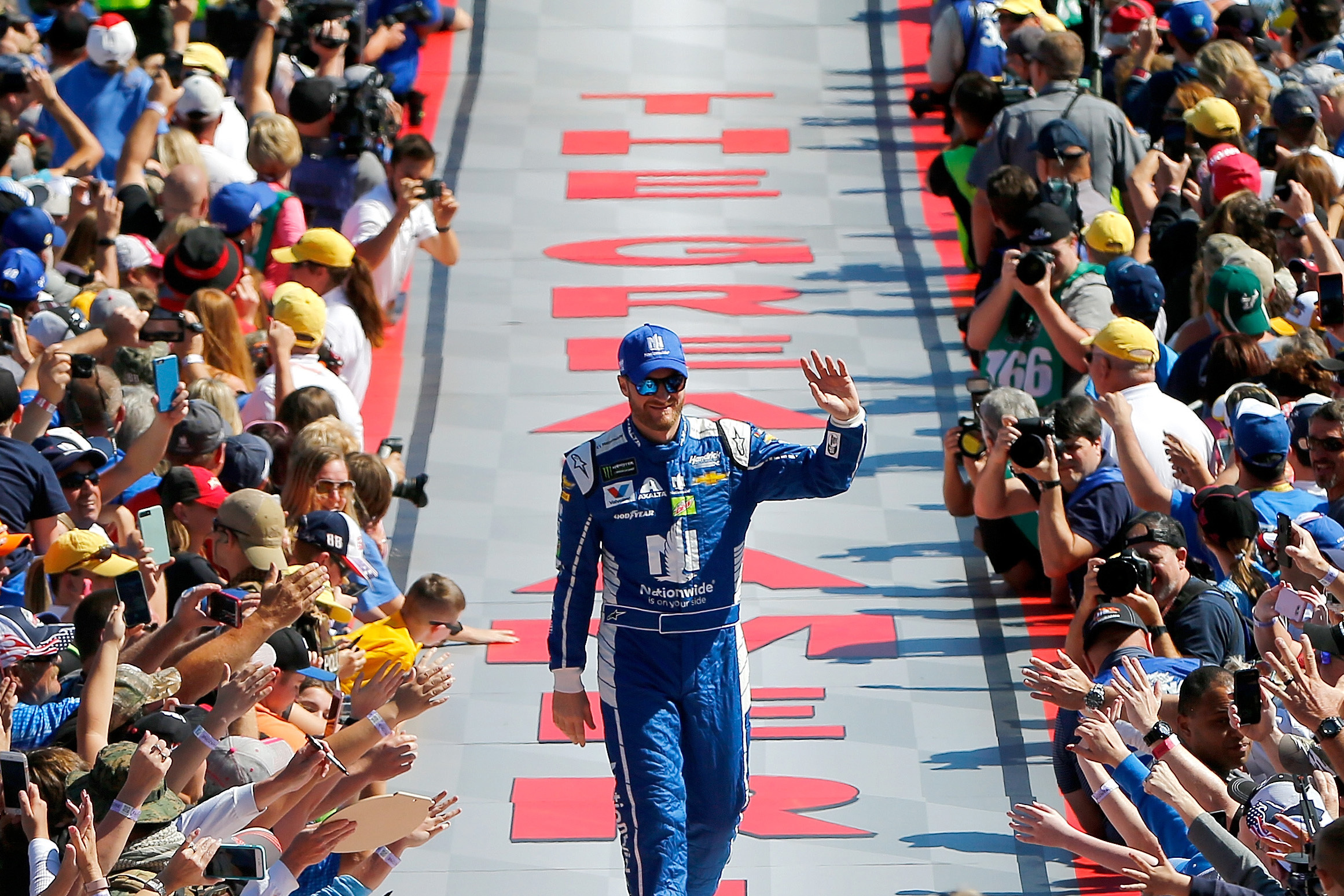 CONCORD, N.C. -- After 18 seasons and more than 600 races behind the wheel, Dale Earnhardt Jr. will bring his NASCAR Cup Series driving career to a close at the conclusion of 2017. Today, he shared the news with members of his No. 88 Hendrick Motorsports team.

The fan favorite and two-time Daytona 500 champion will discuss his decision in a press conference this afternoon. He will be joined by Hendrick Motorsports owner Rick Hendrick, for whom Earnhardt has driven since 2008. The two first met about the driver’s decision on March 29.

Earnhardt, who will turn 43 in October, made his first career Cup Series start on May 30, 1999, at Charlotte Motor Speedway. Since then, the Kannapolis, North Carolina, native has captured 26 points-paying Cup race wins and been voted by fans as NASCAR’s Most Popular Driver a record 14 consecutive years. He has qualified for the NASCAR playoffs eight times.

Now in the midst of his 18th full-time season at the elite Cup level, Earnhardt made his 600th career series start on March 26 at Fontana, California. He will compete in his final NASCAR Cup Series race on Nov. 19 at Homestead-Miami Speedway.

Hendrick Motorsports will announce plans for its 2018 team alignment at a later date.