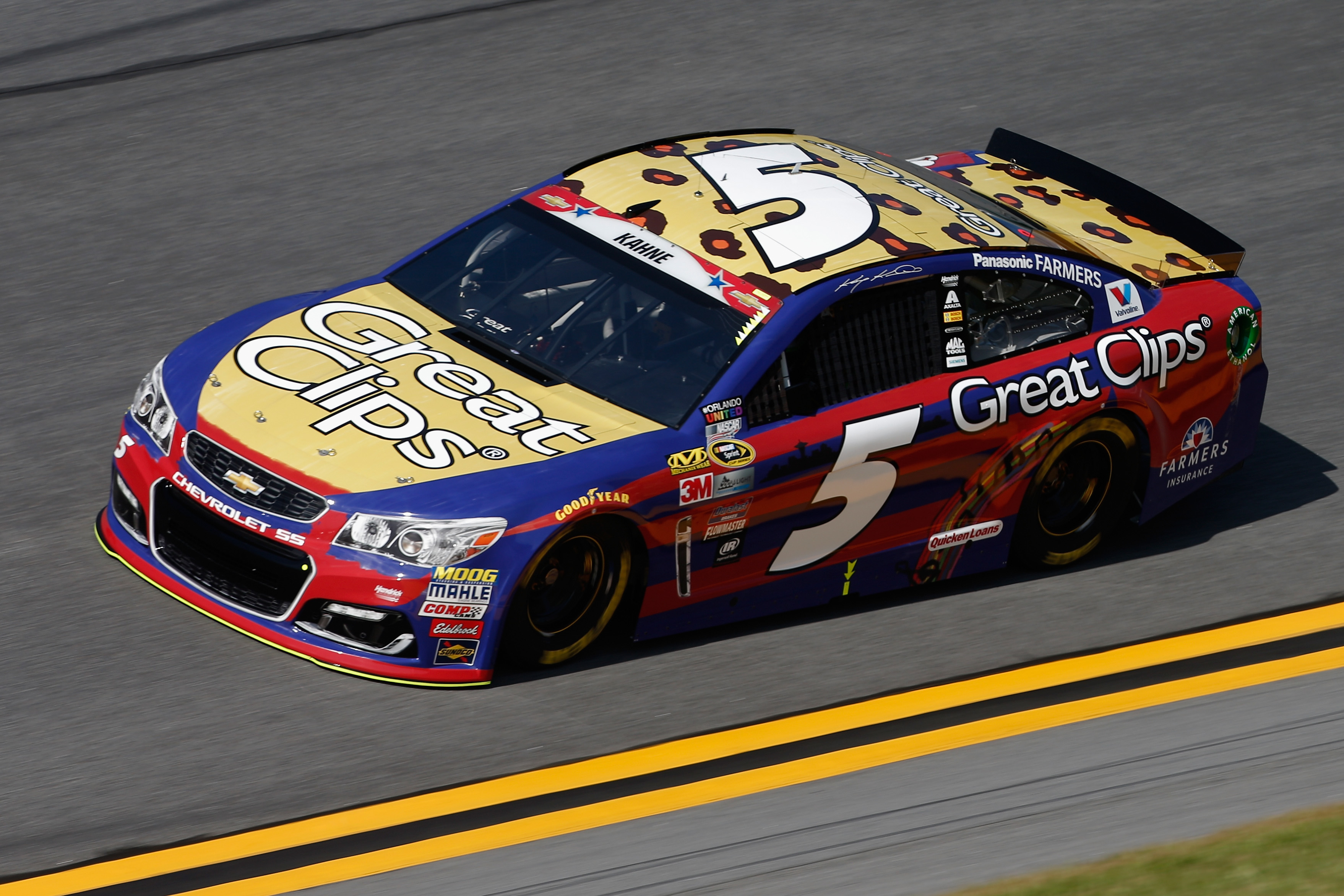 CONCORD, N.C. -- For the second year in a row, Great Clips has teamed up Seattle Children's Hospital's Strong Against Cancer initiative for a very special paint scheme on Kasey Kahne's No. 5 Chevrolet SS.

And for the second year in a row, the fans have the final vote.

Children at the hospital were given the chance to design Kahne's paint scheme for September's race at Chicagoland Speedway, and the driver has picked his favorite three designs. Last year's winning design can be seen on the track at Daytona International Speedway above.

Now, fans have the opportunity to vote for their favorite this time around. The schemes were colored by 9-year-old Wyatt, 15-year-old Annalise and 5-year-old Sayury.

The design with the most votes will make its way onto the track at Chicago. Vote here!