Dynamic duo: How Larson and Daniels became the pair to beat

Black Friday is coming up! See how to save on Hendrick Motorsports gear 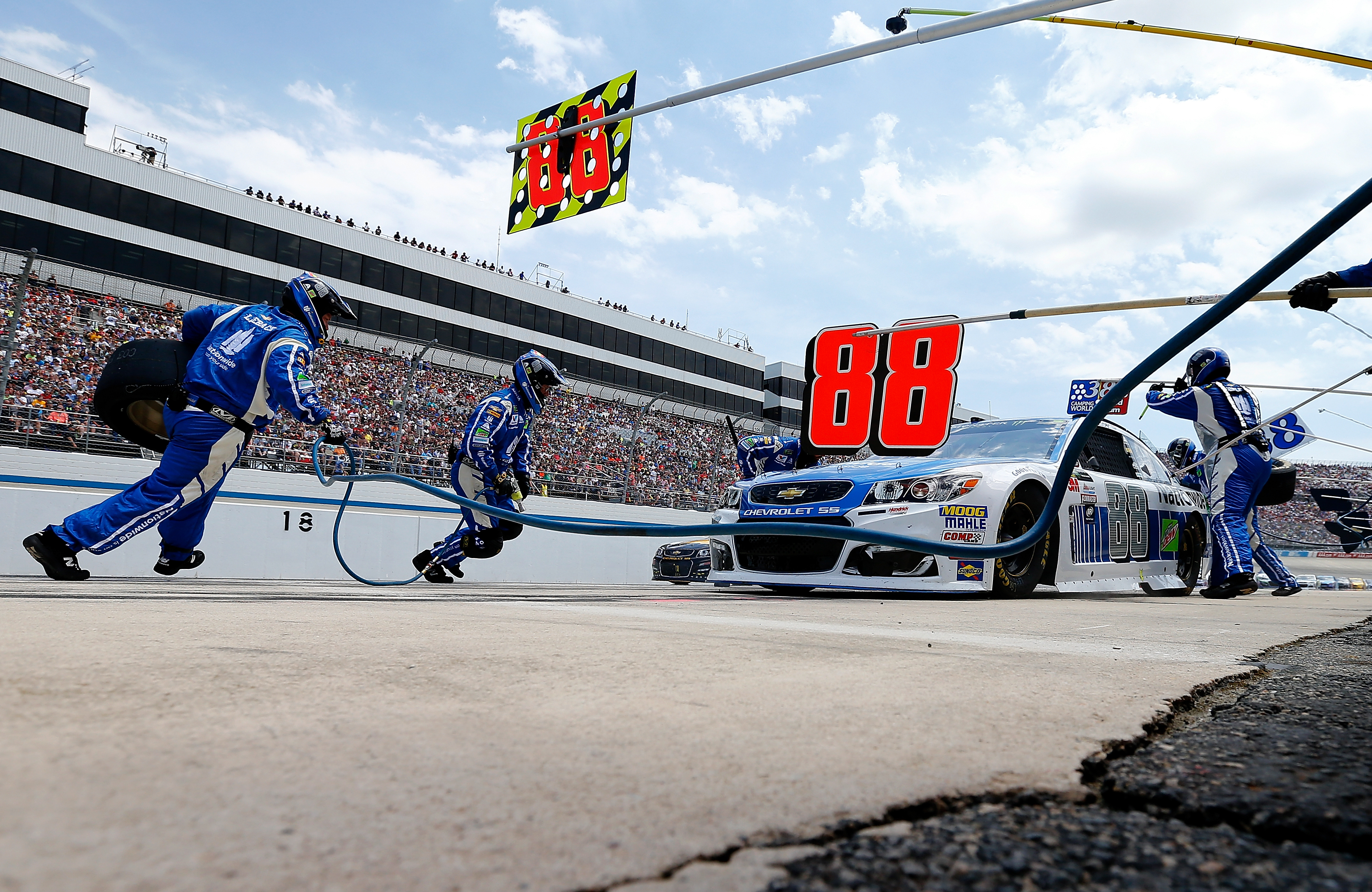 CONCORD, N.C. – Along pit road and among the various pit boxes you’ll find the pit crew members of NASCAR. They’re usually stretching, jumping around to warm up their muscles and getting in the zone for the race ahead of them.

But pit crew preparation starts long before the beginning of a race and is way more than just a few stretches. Teams have to be ready to endure high temperatures, learn how to properly hydrate and balance the different amounts of weight they carry with each job.

Take a look at five phases the Hendrick Motorsports pit crew members use in workouts to take on the season.

1) Progression. The progression phase is mainly endurance training. For the Hendrick Motorsports teammates, it’s a series of different workouts that can last anywhere from four to six weeks. As teams start workouts, they continue to build and add to the load. For example, if teams are weight training, they continue to add more weight as time goes along to increase fitness.

2) Circuit Training is a form of conditioning that targets endurance or strength building by moving from one exercise to the next. The pit crew practices this technique towards the beginning of the season. Everything is time-based and members move within the same circuit.

3) Deload. A deload is a short period of recovery that’s planned to help give muscles a resting period.

“When you’re building on something, at the end of that progression you want to rest the muscles and joints,” said Mark Morrison, Hendrick Motorsports’ strength and conditioning coach. “When they come in on those weeks, it’s mainly cardio, so we’re deemphasizing the core lifts on deload weeks.”

4) Heat Training. As the summer progresses, the heat index steadily rises, making races a bit more challenging. Not only do drivers need to stay hydrated and fit, but it’s imperative that pit crew members do as well. Progression, the first phase, is practiced during heat training.

“Our heat training lasts about 12 weeks and goes from May to August,” Morrison said. “Our heat training is progressed. What we do is take our groups out and have a series of lifts and drill work all out in the heat. Each week we add more stations and more time to build.”

5) Deload round two. Toward the end of the season, pit crew members are given another deloading phase in preparation for the playoffs. Just like in the third phase, pit crew members get to rest their muscles with cardio. However, in this phase, deload weeks are alternated. They still work on weight training but the weeks are shorter. Members lift heavier amounts to feel stronger during the most important races of the season.