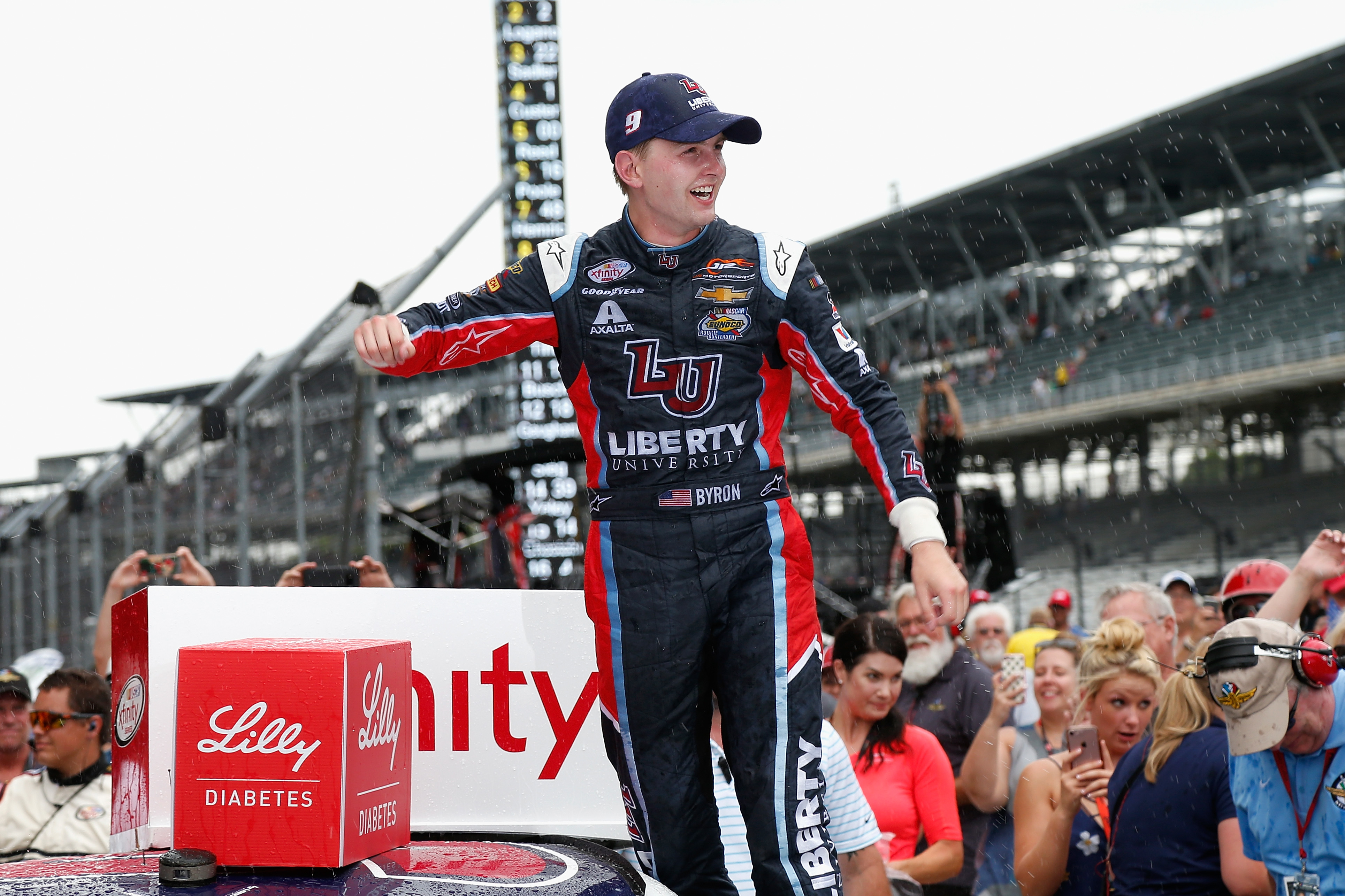 Byron, 19, will carry primary sponsorship from Liberty University in 12 Cup Series races in both 2018 and 2019. It was announced Aug. 9 that the Charlotte, North Carolina, native will move to NASCAR’s premier level next season and compete for rookie of the year honors.

“Since we first met William, he has never ceased to amaze us with his skills on the racetrack, the strong Christian values he displays and his focus on academics,” said Jerry Falwell, president of Liberty University. “We have watched him develop very quickly into a driver who can compete with the best in his sport. It’s a privilege to begin our relationship with Hendrick Motorsports and to support William in his career, in his education and in life.”

“My experience with Liberty University has been awesome on so many levels,” Byron said. “I’m lucky to have them support my driving career, but I’ve also lived on campus and seen first-hand how they lift up their students. I’m grateful for what they’ve done for me both professionally and academically, and it’s very cool to have them take this next step and continue working with us on the No. 24 team.”

In 2016, Byron turned in the most successful debut season in Camping World Truck Series history with a NASCAR national series rookie record seven victories. This year, he progressed into the NASCAR Xfinity Series, where he has already earned three wins -- Iowa, Daytona and Indianapolis -- and currently ranks second in the standings with JR Motorsports.

“Liberty is a new partner for us, and we see a tremendous opportunity to help promote their academic programs,” said Hendrick, who is also chairman of Hendrick Automotive Group, the largest privately held car dealership group in the country. “On the retail side, we’ve worked with their automotive dealership management program, which is already one of the best in the country. I’ve visited campus and we’ve brought in their students for internships. It’s very impressive to see the level of talent and integrity in these young people. William will continue to be a terrific representative for the school, and we look forward to building a great relationship.”