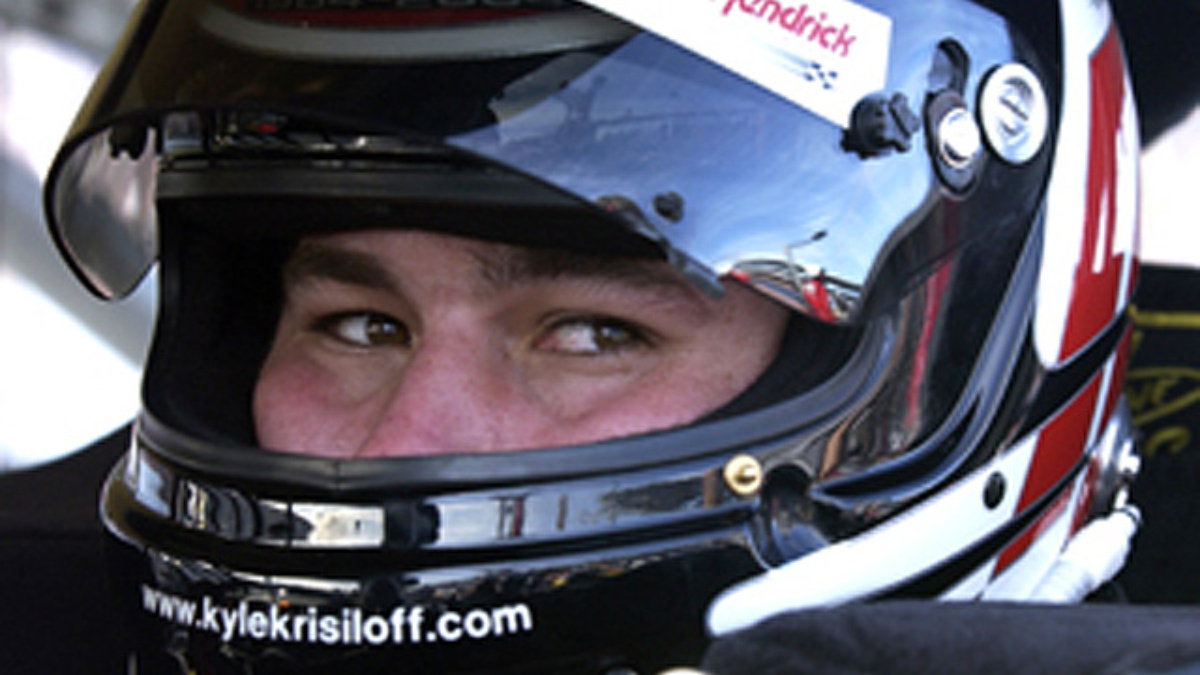 CONCORD, N.C. (March 23, 2005) – Hendrick Motorsports today announced the extension of its developmental alliance with Bobby Gerhart Racing and unveiled the 2005 Automobile Racing Club of America (ARCA) schedule of driver Kyle Krisiloff, who will compete on the circuit in the No. 7 Chevrolets. In April 2004, Hendrick launched its driver development initiative, which garnered two wins and nine top-10 results in 10 Gerhart-prepared ARCA entries last season. Serving as the program’s primary car, the No. 5 Monte Carlo finished second in owner points, thanks in part to eight combined top-10s by prospects Krisiloff, Blake Feese and Boston Reid. “Our driver development program was a great success in 2004 and we look forward to carrying that momentum into this season with Kyle Krisiloff,” said Marshall Carlson, general manager of Hendrick Motorsports. “Bobby has built a great organization and we’re proud to continue our association with the fine people there.” Bobby Gerhart Racing has posted 80 top-10s and 36 top-five finishes in ARCA-sanctioned events since 1988. The team has competed at various levels for more than five decades. “As a team, we understand the importance of this program to Hendrick Motorsports and we’re excited they’ve put so much faith in us,” said Bobby Gerhart Jr., owner of Bobby Gerhart Racing. “It’s a fantastic opportunity to work with a talented young driver like Kyle and assist in this crucial part of his on-track development.” Krisiloff, 19, who also entered the Feb. 12 ARCA season-opener at Daytona International Speedway in a Gerhart Chevy, is slated to start an additional 12 events as a portion of his 2005 developmental schedule, including this weekend’s 150-miler at Nashville (Tenn.) Superspeedway. Hendrick Motorsports will continue to provide engines to the team, headquartered in Lebanon, Pa. For additional information on Bobby Gerhart Racing, please visit www.BobbyGerhart.com. KYLE KRISILOFF: A native of Indianapolis, Krisiloff began racing BMX bicycles at age 3, making him the youngest rider in the nation at the 6-and-under level. He was soon introduced to auto racing, winning more than 320 quarter-midget features and nine Grand National championships from 1995 to 1999. Krisiloff won two races and a pair of pole positions in Superkarts USA competition in 2000 before joining the 2001 SCCA Formula Ford tour. He won six events and six pole positions in 22 attempts that year, along with the SCCA Runoffs national championship. In 2002, Krisiloff entered the final six races of the CART Toyota Atlantic Championship season. The following year, he finished 10th in the series standings and, at 17, became the youngest-ever driver to earn a podium finish on the circuit, coming in second at The Milwaukee Mile. In just four ARCA Series starts since joining Hendrick’s development program in April 2004, Krisiloff has posted a Sept. 11 victory at Chicagoland Speedway, a runner-up performance Aug. 14 at Nashville and an Aug. 7 top-10 at Lake Erie Speedway in his first circuit outing. 2005 ARCA SCHEDULE – KYLE KRISILOFF: Feb. 12, Daytona International Speedway March 26, Nashville Superspeedway May 14, Kentucky Speedway June 11, Pocono Raceway June 17, Michigan International Speedway July 2, Kansas Speedway July 8, Kentucky Speedway July 23, Pocono Raceway July 29, Gateway International Raceway Aug. 13, Nashville Superspeedway Aug. 19, Michigan International Speedway Sept. 10, Chicagoland Speedway Oct. 1, Talladega Superspeedway
Prev Article