Front-row sweep a testament to teamwork

Front-row sweep a testament to teamwork 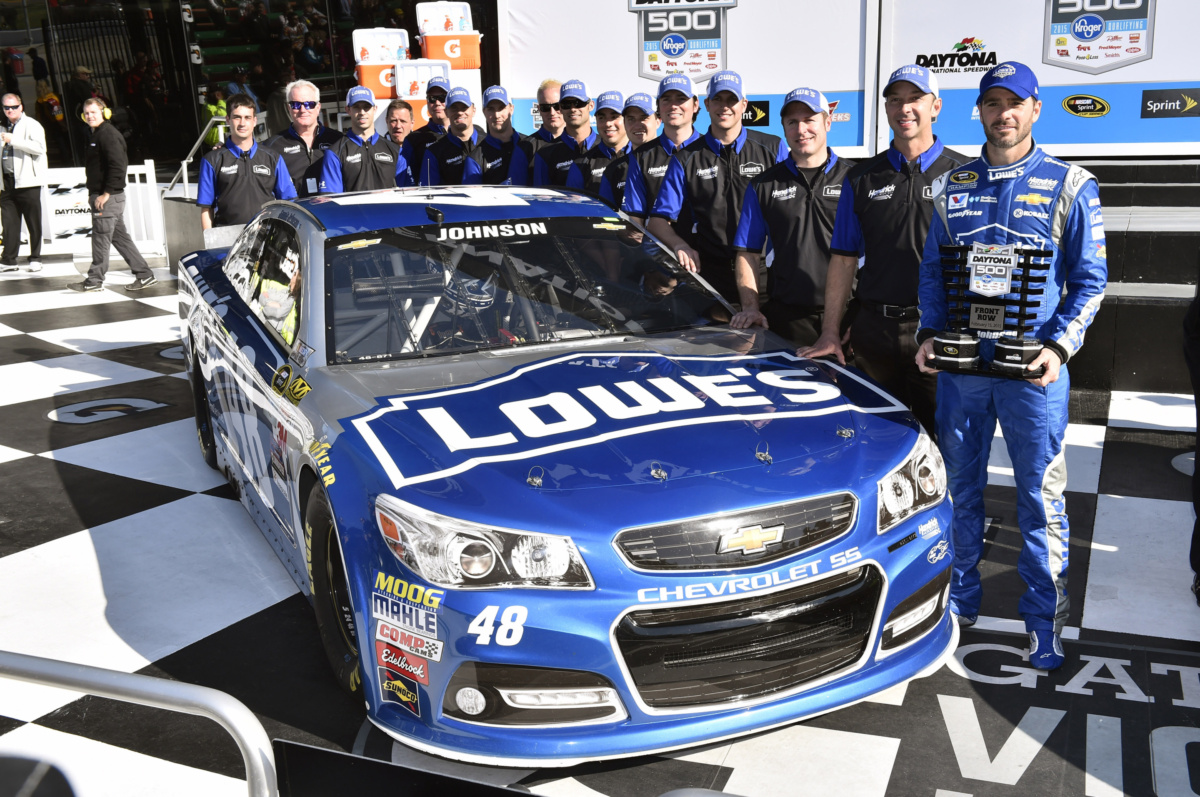 DAYTONA BEACH, Fla. – Days before Daytona 500 qualifying began, Jimmie Johnson considered the "positive mojo" a pole position in The Great American Race could send back to the race shops in Concord, North Carolina.

Little did he know that when all was said and done, Hendrick Motorsports would claim not only the pole, but the entire front row.

"On an emotional level, this sends a big thank you back to all our folks back at Hendrick Motorsports at all the different shops and departments," he said. "They've been working hard to get our cars ready for the season. To get a front row sweep says a lot."

While the group qualifying format required the drivers to rely on some elements outside of their control, pole-sitter Jeff Gordon noted that it also meant the spotter, crew chief and driver were all the more important.

And it was up to the driver to make that teamwork pay dividends.

"The only way the drivers can really thank everybody for their hard work is to go out and stand on it," Johnson said, turning his attention to Hendrick Motorsports owner Rick Hendrick. "There's so much time and effort that goes into this, to have the front row locked down – I don't know where Mr. H is, but I know he's smiling pretty big."

In addition to the positive momentum the front-row sweep provided to the entire organization, it also gave Gordon and Johnson a little competitive advantage for the rest of the week.

"It's nice to be locked in on Thursday for the Duels – you don't have to take any big risks or chances," Johnson said. "It's nice to know we've got a great starting spot for the 500."