A top-three start for Gordon in final Kentucky race

A top-three start for Gordon in final Kentucky race 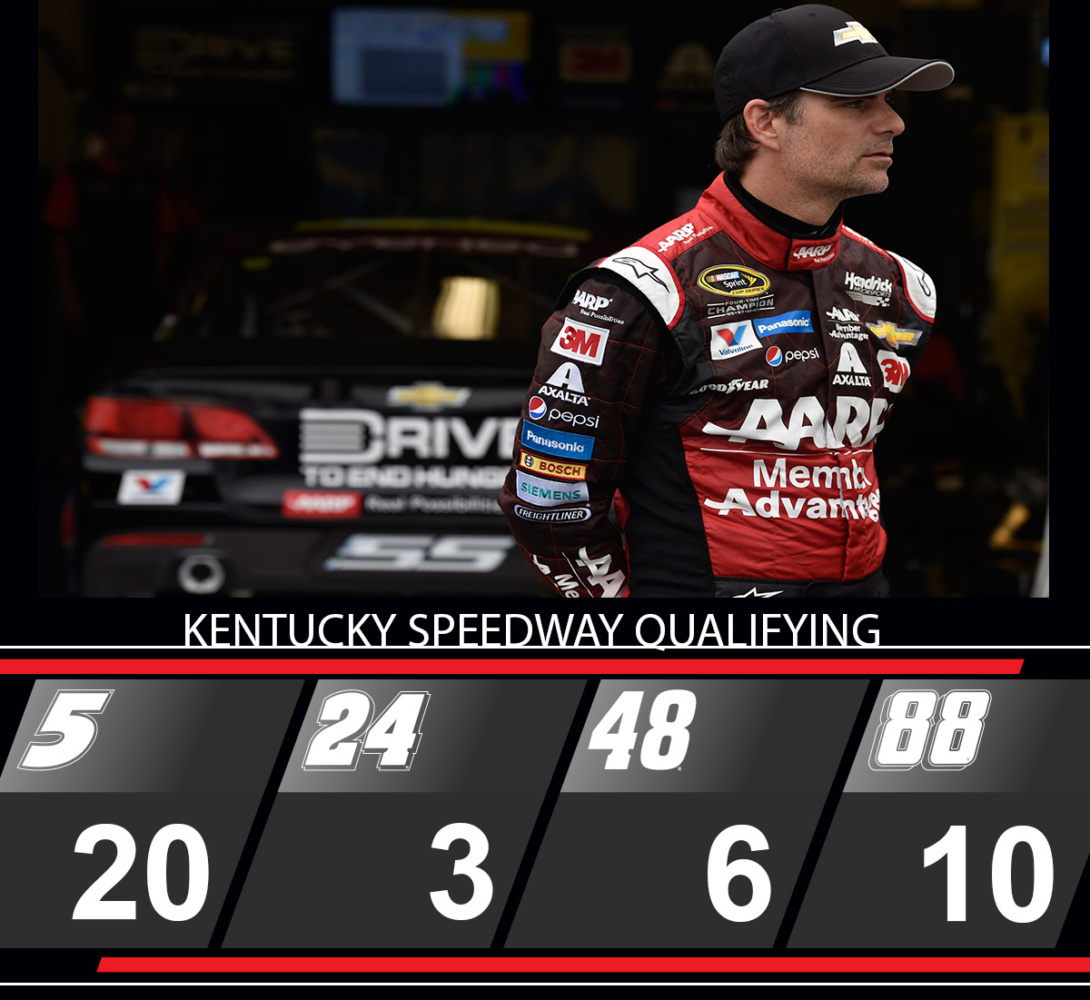 Jeff Gordon, driver of the No. 24 AARP Member Advantages Chevrolet SS, will lead his fellow teammates to the green flag. Gordon, who is seeking his first win at Kentucky Speedway, will roll off the grid third. If Gordon finds Victory Lane tomorrow night, he will become the first driver in NASCAR history to win at every track.

Jimmie Johnson, piloting the No. 48 Lowe’s ProServices Chevrolet SS, and Dale Earnhardt Jr., competing in the No. 88 Nationwide Chevrolet SS, will round out the top 10, starting sixth and 10th, respectively.

Teammate Kasey Kahne, driving the No. 5 LiftMaster Chevrolet SS, will roll off the grid from the 20th position.

Tune in to NBC Sports Network at 7:30 p.m. ET on Saturday night to catch the live action from Kentucky Speedway as we race under the lights.