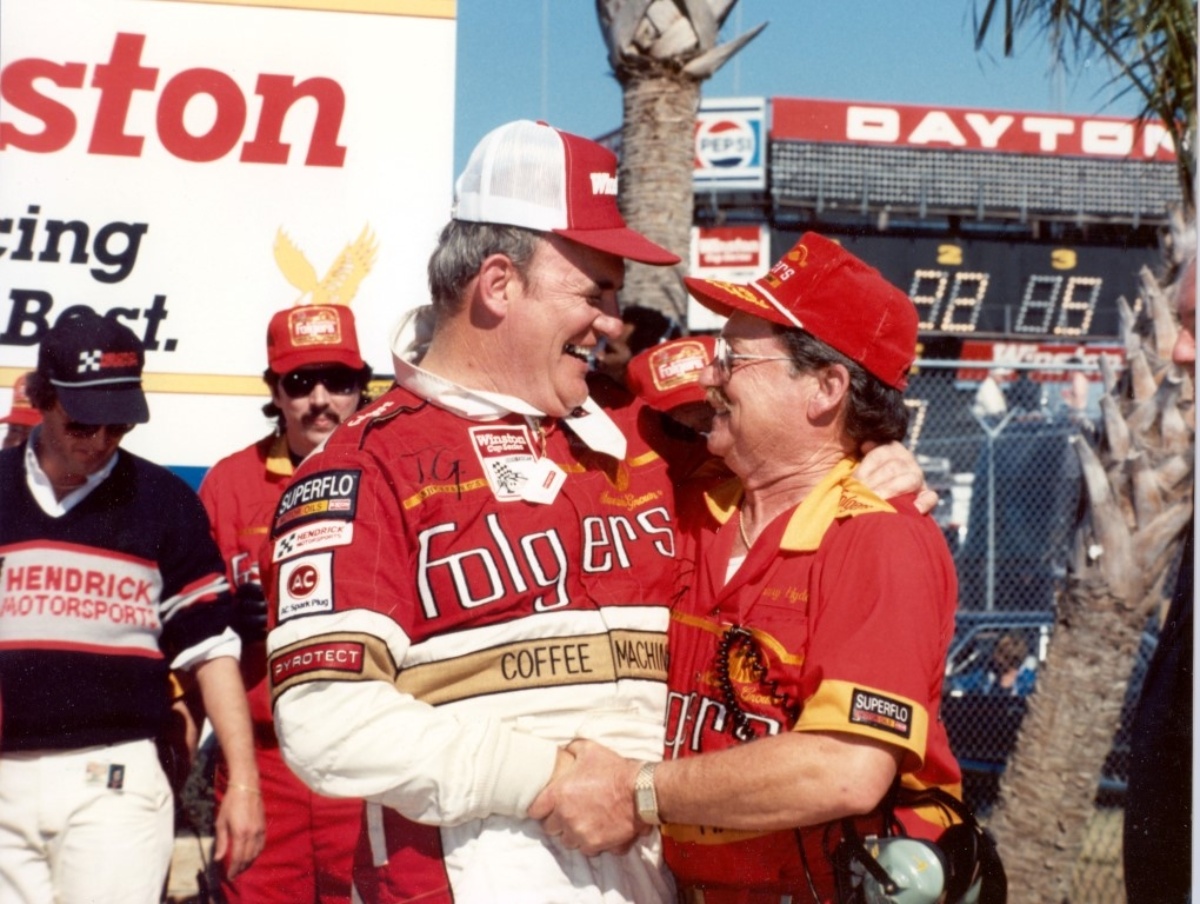 CONCORD, N.C. -- The late Benny Parsons -- named one of NASCAR's 50 Greatest Drivers in 1998 -- joined four other men, including Hendrick Motorsports owner Rick Hendrick, in the NASCAR Hall of Fame Class of 2017 Wednesday.

"This is unbelievable," said Terri Parsons, Benny's wife. "We’ve been waiting for so long for this to happen and I know that Benny’s looking down on this, as humble as he is, thinking that there are so many other people that should have gone in before him."

The retired driver knew he was among the potential nominees for the Hall of Fame before he passed away in 2007.

"He didn’t expect to go in quite this soon," Terri said. "I did, however. I’ve been here every year and this just had a different feel to it (Wednesday)."

Parsons had many achievements on his racing resume, including a NASCAR premier series championship in 1973. He won 21 times throughout his Cup career, one of those victories being the 1975 Daytona 500. He was also the first driver to qualify a stock car at a speed greater than 200 mph in 1982 at Talladega Superspeedway.

Mark Martin -- also a former Hendrick Motorsports driver and member of the Hall of Fame Class of 2017 -- said he certainly would have voted for Parsons.

"Benny Parsons took the time in the mid-70s when I was a teenager – a nobody, a dirt-track racer – to sit down with my dad and I and talk about my aspirations to be a NASCAR driver one day," Martin recalled. "We went to Ellerbe, (North Carolina) and he met with us and took us to lunch and talked to us and gave us his advice.

"That guy is an amazing person, an amazing human being. And to be in the same class with him is just -- I’m honored and overwhelmed.”

Known for his friendly disposition, Parsons was popular in the sport and went on to become a commentator for NBC and TNT.

"He loved the sport of NASCAR," his wife said. "But most of all, I think he loved the fact that he was in a position that he could educate fans on questions that they’ve always wanted to know the answer to but didn’t know who to ask.

"He was definitely in love with the sport of NASCAR. That’s for sure."