Meet the Pit Pals Bobbleheads thanks to Valvoline

Meet the Pit Pals Bobbleheads thanks to Valvoline 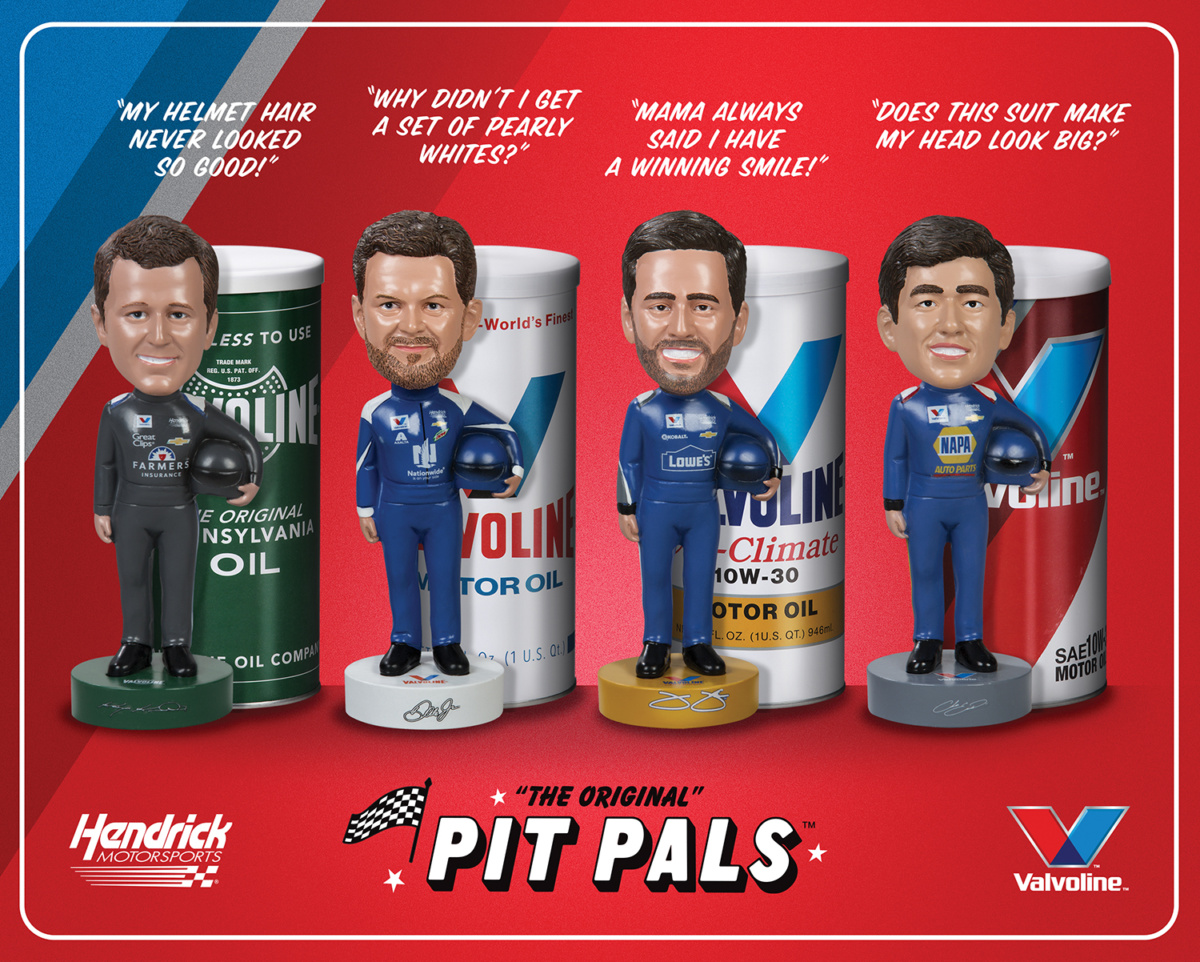 Thanks to Valvoline -- the Hendrick Motorsports partner celebrating its 150th anniversary in 2016 -- NASCAR super fans, racing aficionados, collectors and sports lovers alike will have the chance to collect custom designed Pit Pals Bobbleheads of the four Hendrick Motorsports drivers.

Now through May 4, with every five quarts of any Valvoline Motor Oil purchased at select retailers, consumers will have the opportunity to receive their choice of four Pit Pals Bobbleheads featuring Kasey Kahne, Chase Elliott, Jimmie Johnson and Dale Earnhardt Jr. Consumers can quickly upload their receipts and redeem the offer at GetPitPals.com. Details are available online or at participating retailers.

Customers are encouraged to collect all four racers, with each five-quart purchase earning customers one Pit Pal Bobblehead of their choice. Quantities are limited.

“The 2016 NASCAR season is upon us, and we are proud to launch this fun, fan-friendly promotion alongside our teammates at Hendrick Motorsports,” said Jamal Muashsher, Valvoline global brand director of marketing.

This marks the first partnership activation in 2016 for Valvoline and Hendrick Motorsports, which announced a four-year agreement in September 2013 that kicked off the following NASCAR season.

“Throughout 150 years in business, Valvoline has been committed to auto racing and its fans,” said Patrick Perkins, Hendrick Motorsports’ vice president of marketing. “In that tradition, this promotion offers them a great collectible that can be enjoyed for years to come. The bobbleheads are terrific, and we’re excited to partner with Valvoline to support this program across the country. It’s something everyone can have fun with.”

As part of this retail promotion, a series of special videos, featuring Hendrick Motorsports drivers alongside their bobblehead Pit Pals, will be available on GetPitPals.com as well as being released via Valvoline social media channels.

Get introduced to the bobbleheads in the video below, and be sure to check out Valvoline on Facebook and Twitter to stay updated on the promotion.