Byron, Gordon reflect on return of iconic flames to No. 24 Chevy

Byron, Gordon reflect on return of iconic flames to No. 24 Chevy 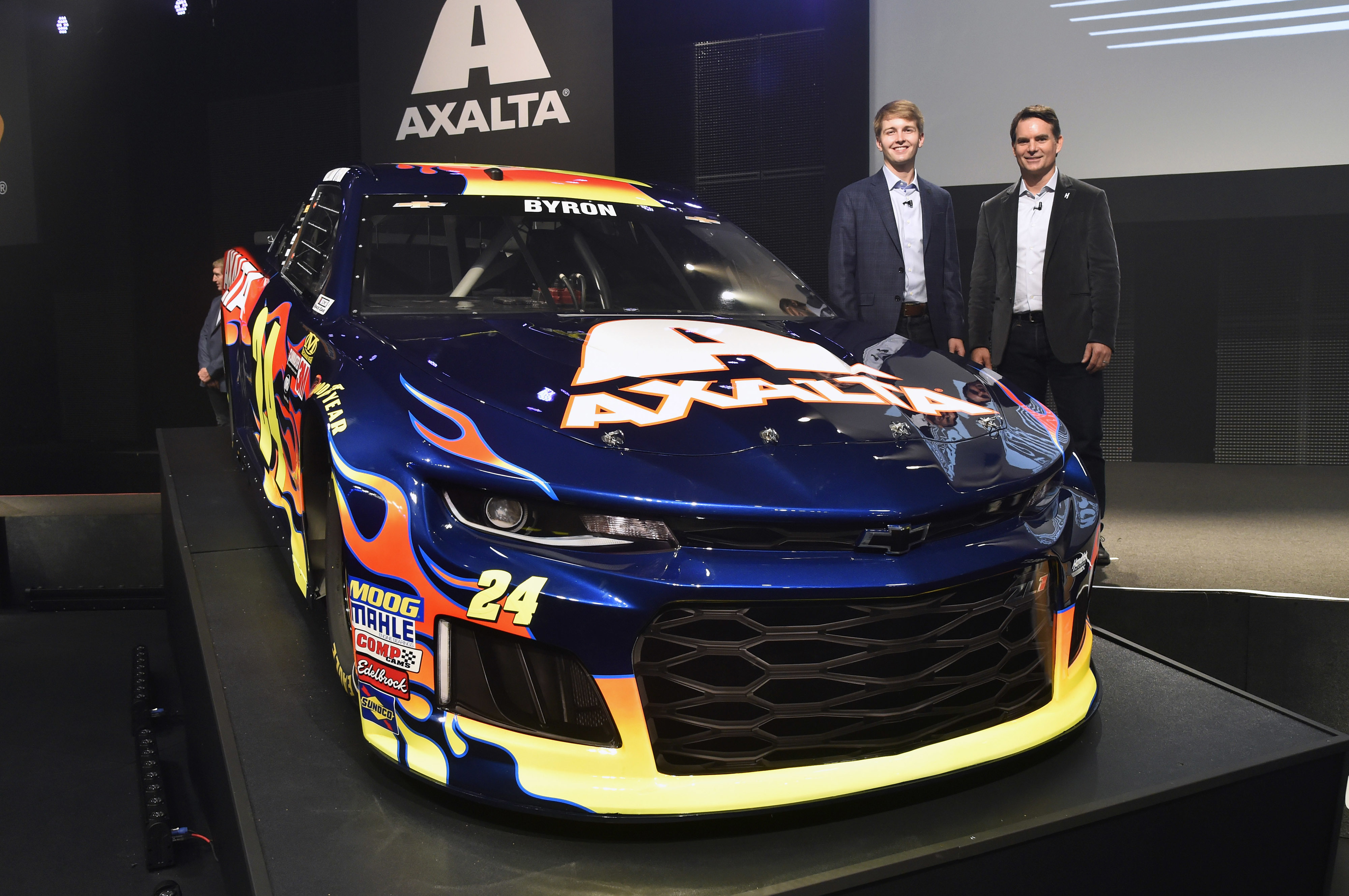 The paint scheme that perhaps took most by surprise was the No. 24 Axalta Chevrolet Camaro.

An audible gasp was heard as the cover was removed to reveal a classic blue car with bright orange and yellow flames.

William Byron and Jeff Gordon stood side-by-side to take in the 2018 No. 24 Axalta Chevrolet Camaro for the first time.

After the event concluded, Byron shared his enthusiasm about driving the iconic paint scheme in 2018.

“Just everything about it, the body, the paint scheme, the blue,” he said. “Blue has always been with me throughout my career and it’s really special to intertwine it with the No. 24 legacy, so it’s really cool.”

The signature flames that once adorned the sides of Gordon’s No. 24 Axalta Chevrolet will be back on the track in 2018 with the new driver of the No. 24. However, the history of the flames can be traced back to the beginning of Gordon’s racing career.

“It goes back to when I was a kid racing quarter midgets, so when we were changing from the rainbow to the flames and I was working with Sam Bass, I showed him this helmet that I had as a kid that was black and orange with yellow flames,” Gordon shared.

“This blue is even more beautiful than that and I think it is going to allow those flames to pop really nice, it’s cool to see,” he said. “I think to me, the No. 24 car should have flames on it because that’s the way I always envisioned it.”

Byron knew that the flames were a part of the new scheme, but he was stunned at the result.

“I’ve seen parts of it, I’ve seen a rough draft, but it really was a shock to me, how it looks in person,” Byron said. “It really made me light up and you know really all four cars looked amazing. It’s exciting and I can’t wait for it.”

While Byron is currently competing for the NASCAR XFINITY Series championship, he is looking forward to his rookie season in the NASCAR Cup Series in 2018.

“Jeff has been a huge help to me,” Byron said. “He’s had a lot of support for me behind the scenes so far and I’m ready to make him proud.”