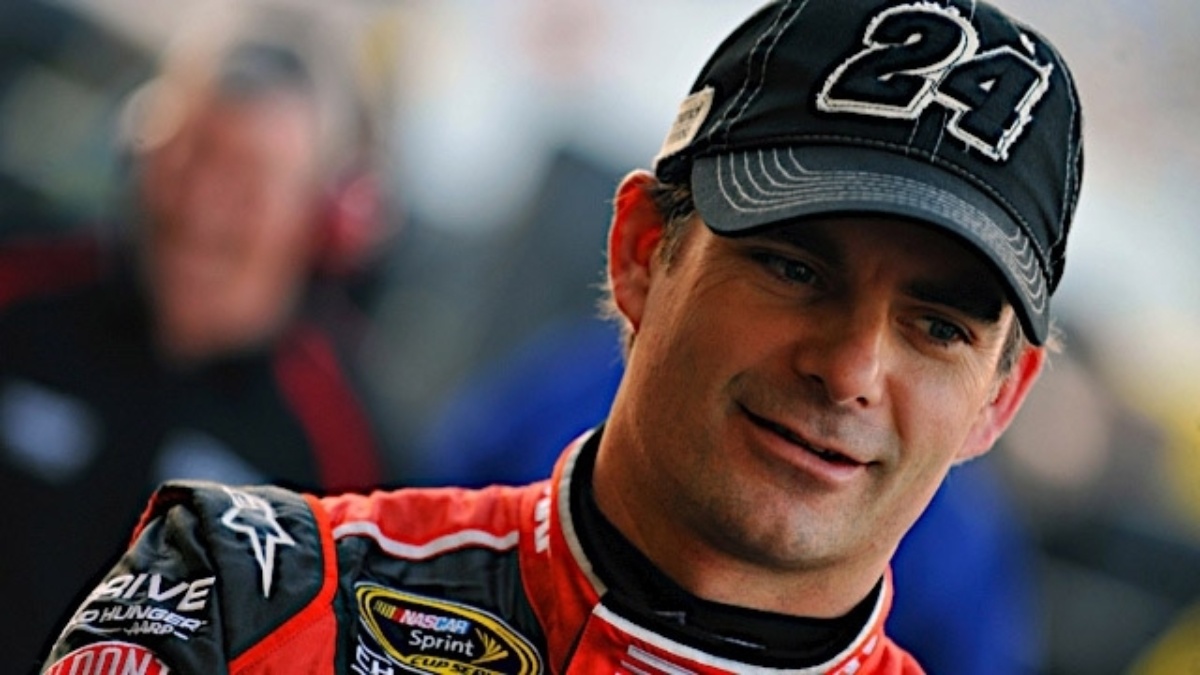 LONG POND, Pa. -- In a live press event at Pocono Raceway, Heisman Trophy Trustee, Jim Corcoran announced today that Jeff Gordon, four-time NASCAR Cup Series champion, has been selected as the seventh recipient of The Heisman Humanitarian Award. The award will be formally presented to Gordon at the 78th Annual Heisman Memorial Trophy Dinner on Monday, Dec. 10, 2012, at the New York Marriott Marquis.

Heisman Trophy winners George Rogers (1980, University of South Carolina) and Tim Brown (1987, University of Notre Dame) were on hand for the announcement.

The Heisman Trust’s mission is to preserve the integrity of the Heisman Trophy and to provide opportunities for underserved youth and other members of our society. Since the Trust assumed stewardship of the Heisman Trophy in 2001, it has made donations in excess of $4 million to more than 200 charities throughout the country, affecting countless children. The Heisman Humanitarian Award was established in 2006 to recognize those in the world of sports who give significantly of themselves to serve their communities and to improve the lives of others.

Gordon has established himself as one of the most recognizable drivers in the world as a four-time NASCAR Cup Series champion; a three-time winner of the Daytona 500 and a four-time winner of the Brickyard 400. In 1992, the leukemia diagnosis of Gordon’s then-crew chief’s (Ray Evernham) son inspired Gordon to establish his foundation in hopes of helping children facing critical illness to realize their dreams. The Jeff Gordon Children’s Foundation began as a small mission for one child, but has grown into an organization that has raised more than $11 million for children’s charities over the years.

The Jeff Gordon Children’s Foundation’s mission is to support children battling cancer by funding programs that improve patient’s quality of life, treatment programs that increase survivorship and pediatric medical research dedicated to finding a cure. Gordon went on to open the Jeff Gordon Children’s Hospital in Concord, N.C., in hopes that it will serve as a model to other communities who want to provide the highest quality of care to all their children, regardless of their ability to pay.

“NASCAR fans know Jeff Gordon as one of the greatest drivers in the history of stock car racing, but to a multitude of children and families facing pediatric cancer, he is something far greater: an ally in their battle to live. Jeff's selfless actions through the Jeff Gordon Children's Foundation exemplify all the attributes we look for in a Heisman Humanitarian honoree,” said William J. Dockery, Heisman Trophy Trust President. “The Heisman Trophy Trust is honored to have Jeff become the newest Heisman Humanitarian and join a stellar group of athletes that are truly making a difference in the world.”

As part of the award, The Heisman Trophy Trust will donate $50,000 to the Jeff Gordon Children’s Foundation.

Gordon’s primary sponsor in the NASCAR Sprint Cup Series is the AARP Foundation’s “Drive to End Hunger” – an initiative that seeks to eradicate hunger for nine million people 50+. To date, the program has donated more than 12.9 million meals and driven donor commitments with an expected value of $16.9 million.

Gordon joins an exemplary group of former Heisman Humanitarian winners that includes, Joey Cheek, Olympic speed skating gold medalist, for his dedication and contributions to the children of Darfur; George Martin, former defensive end of The New York Giants, who walked across America to raise funds for rescue and recovery workers at Ground Zero after 9/11; Pat LaFontaine, former NHL star who, through his