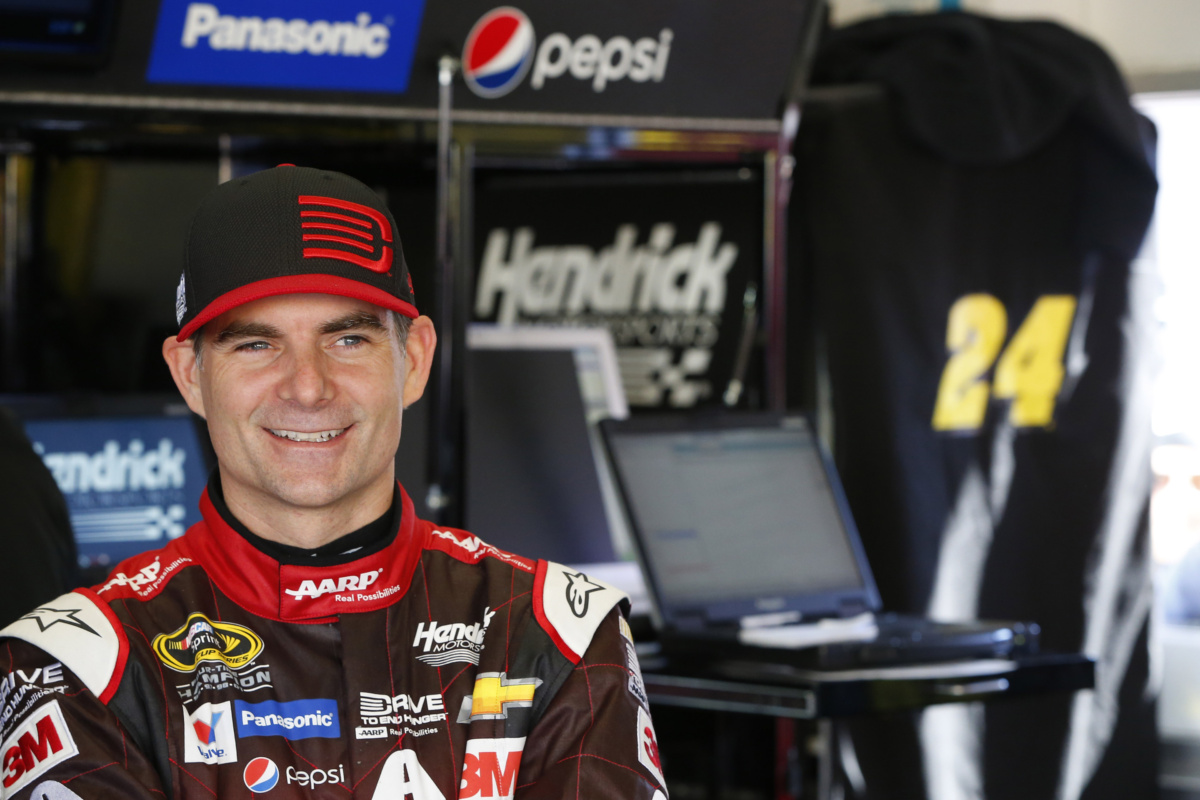 "This is a very special day," Gordon said after earning his 78th career Cup pole position.

"I mean, I can't think of anything cooler than to start this season, the Daytona 500, my final Daytona 500, final full season, on the pole."

And he'll be starting it beside longtime Hendrick Motorsports teammate Jimmie Johnson, giving the organization its fourth sweep of the Daytona 500 front row.

"To start next to him in his final Daytona 500, it's really cool," Johnson said. "Depending on how the results turn out, it could be a bigger storyline yet."

While Gordon acknowledged that the group qualifying was stressful, especially after watching an incident bring a red flag in the first session, he noticed a different feeling in his approach to the entire weekend.

He hearkened back to something crew chief Alan Gustafson told him when he heard that 2015 would be Gordon's final full-time season.

"I love it, because you're going to have a unique mindset that you've probably never had before," Gordon recalled of Gustafson's words.

"He's right," he continued. "I felt it (in the Sprint Unlimited) and I feel it right now. That's the way I'm looking at it going into these next couple races here this week. It's kind of all-or-nothing for me. I've got one last chance. I can take chances."

That mindset has given the driver of the No. 24 Chevrolet SS an enviable ability to stay "way less stressed" through the ups and downs of a race and a season.

That's not to say his focus will prevent him from keeping an eye on the bigger picture.

As Johnson alluded, Gordon earning the pole for his final Daytona 500 is big enough. But there's another first-place finish that would be even nicer to add to the resume.

"There's just something about it where if you don't win, oh well, it's not the end of the world," Gordon said. "But, boy, if you can win it, what a storybook type of beginning to the season it would be."