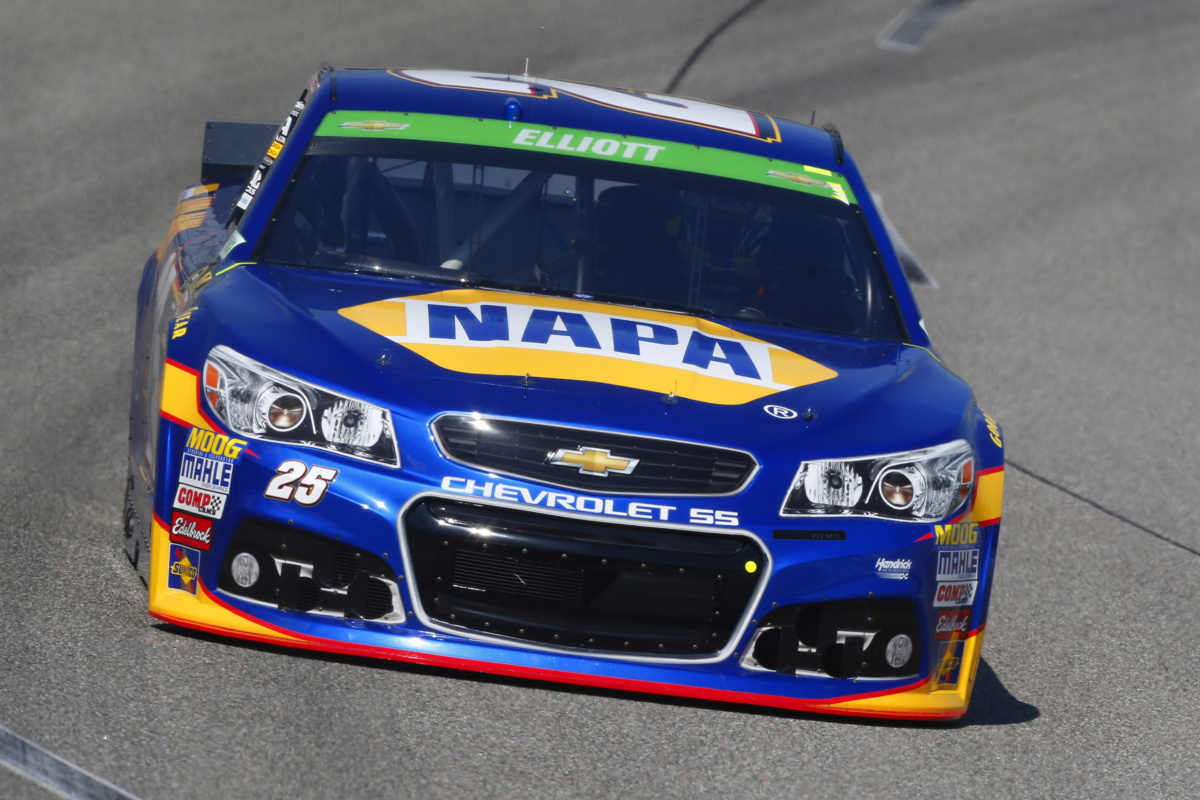 Chase Elliott hopes he can make it five.

On Tuesday, Charlotte Motor Speedway announced during a media event that Elliott will drive the No. 25 NAPA AUTO PARTS Chevrolet SS in the Sprint Showdown with a chance to earn his way into the All-Star Race.

“I couldn't be more excited about the opportunity to run the Showdown,” Elliott said. “It allows me to gain more experience with my NAPA AUTO PARTS team before we race again at Charlotte a week later.”

Elliott is not eligible for the Sprint Fan Vote to make the All-Star Race.

His next points-paying race will take place on May 24 at Charlotte Motor Speedway – the weekend following the Sprint Showdown and All-Star Race.

The Sprint Showdown consists of two 20-lap segments, and if he were to make the All-Star Race, this year’s event is now 110 laps.

“Those additional laps will be a tremendous benefit when it's time to run 600 miles,” Elliott said.

Two spots in the All-Star Race are reserved for the two segment winners from the Showdown, and Elliott hopes to capitalize on that opportunity.

Teammate Jimmie Johnson said Elliott's involvement in the Showdown will be exciting, and the chance to race in both weekends at Charlotte Motor Speedway is "something any rookie would wish for.".

"I'm just really proud of where Chase is at right now," Johnson said. "When I look at the three races I ran before my first full season, I never finished on the lead lap, and he finished in the top 15 or right around there at Richmond. So, he's doing a great job. And the fact that he can come and get some laps during the All-Star weekend and then take that into the 600 -- run the longest race we have on the schedule -- there's nothing more a young driver could ask for. So, it's going to be a great learning experience for him."

On the weekend of the Showdown, the XFINITY Series race takes place at Iowa Speedway. So Elliott will fly back-and-forth between Iowa and North Carolina in what will prove to be a busy weekend for the rookie.

But he’s looking forward to the opportunity.

“I'm grateful to (Hendrick Motorsports owner) Mr. (Rick) Hendrick and everyone at NAPA for the chance to do it,” Elliott said.