Elliott appreciates opportunity on verge of his 2015 Cup finale

Elliott appreciates opportunity on verge of his 2015 Cup finale 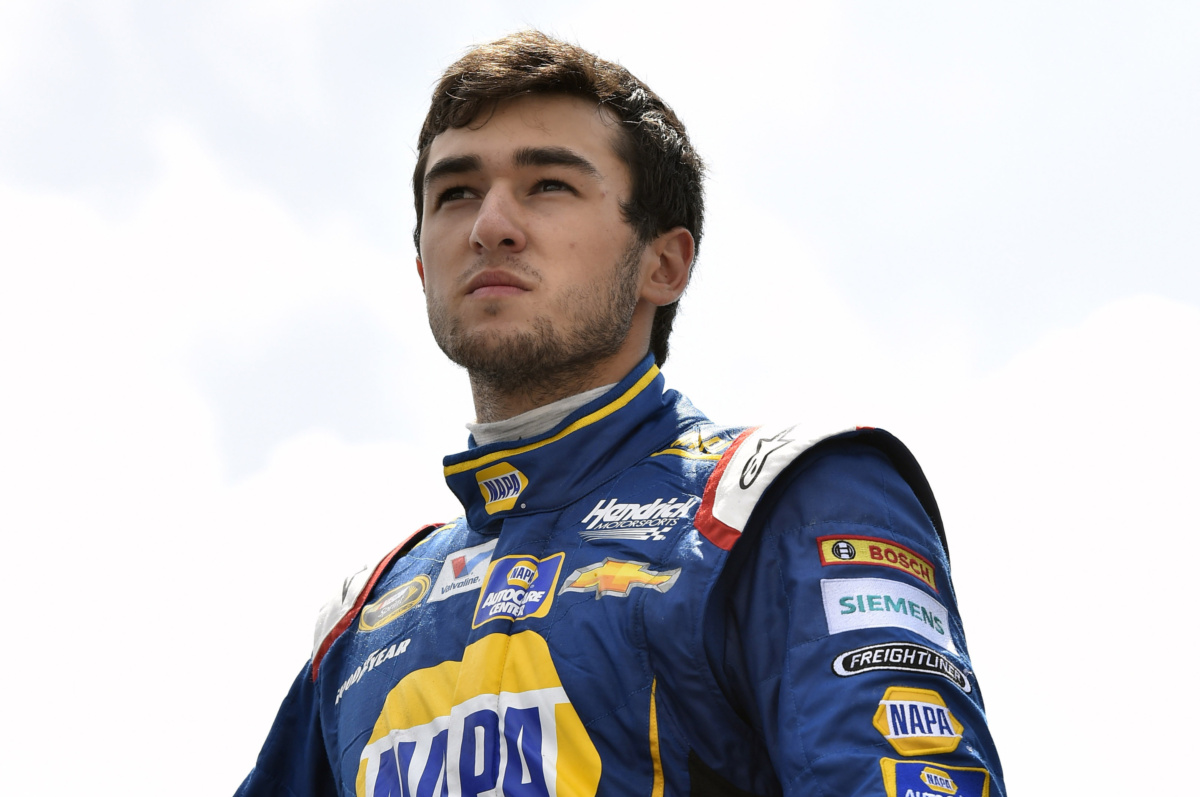 CONCORD, N.C. – The final Sprint Cup Series race of Chase Elliott’s 2015 season arrives this weekend, and the driver is anxious to get back behind the wheel of the No. 25 NAPA AUTO PARTS Chevrolet SS.

“I am,” Elliott smiled. “I wish it wasn’t the last one. I have been having fun with them so far. They’ve been big learning weekends for me.”

It began with Elliott’s Cup debut at Martinsville, which saw him finish 38th after damage forced his car to the garage for approximately 70 laps.

“That first one was a tough weekend and obviously I wish it would have gone better, but it was a good learning experience and taught me a lot,” he said.

Since then, he has put together three consecutive top-18 finishes.

“They’ve been a lot of fun. Hopefully we can have a good final weekend and put together a solid run.”

At the beginning of the season, Elliott said his first goal was to qualify for all of the races. So far, he’s four-for-four. His next was to run as many laps as possible and gain valuable experience before he joins the Sprint Cup Series full-time in 2016.

At Richmond, Charlotte and Indianapolis, Elliott completed 963 of a possible 964 laps, putting a check mark beside the second goal.

“First and foremost that first taste of racing on a Sunday, it’s just definitely a different feel,” he said. “It’s kind of a touch of what to expect for next year and moving forward. The biggest thing I take from it is the willingness and the preparation that all of the guys have been able to have and the mindset that they’ve taken to races has been great.”

The rookie said he has appreciated the six races – including the Sprint Showdown prior to the All-Star Race – that were chosen for him in 2015. The fact that they have included marquee races like the Charlotte 600, Brickyard 400 and this weekend the Southern 500 have only added to the benefit.

“I finally got the chance to sit down with (No. 24 team crew chief) Alan (Gustafson) a little bit and he was joking a bit and I think he had a pretty big say-so in what races he wanted me to run this year. He picked some good ones, I think,” Elliott said. “I think it’s a good choice to get to go and run some of the bigger shows, so far at least. The Southern 500 is one of the biggest and to me is just a very historic race in NASCAR’s history, and having the throwback weekend I think is going to be really cool. We have a really cool paint scheme for that and I am looking forward to first hopefully getting into the show. That’s our first goal.”

In this month's edition of The Big Interview, Chase Elliott talks about his transition to the Sprint Cup Series with his debut at Martinsville Speedway and having Kenny Francis as his crew chief.

Elliott’s paint scheme for the Labor Day weekend race pays homage to the one his father Bill drove at Darlington Raceway in 1985 en route to a $1 million bonus.

Along with the throwback scheme, Elliott will also don a retro firesuit and helmet.

“I think it’s super cool and anything retro seems to be really ‘in’ right now for whatever reason,” he said. “The retro stuff looks really good. Definitely to have a paint scheme similar to my dad’s is cool. I’m looking forward to having him there this weekend and hopefully we can have a good run for him.”

The overall retro feel to this weekend’s race – and NBC broadcast – has Elliott all the more excited to hit the track.

“You scroll up and down Twitter and everybody has their old logos out,” he said. “Whether it’s NASCAR or NBC, MRN, everyone kind of has that old throwback logo or mentality for the weekend so I think it’s been really neat. I don’t know whoever’s idea it was, but they deserve a raise.”

Last season, Elliott found Victory Lane at Darlington in the NASCAR Xfinity Series, but he doesn’t believe that will make his task on Sunday night any easier.

“Just because you had a good run somewhere, may it be yesterday or the year before, doesn’t mean you’re going to be good when you go back,” he said. “So many things change. Racing is always evolving. There are way too many smart people up and down the garage area.”

But with only one more chance to make an impression in the Cup series in 2015, Elliott is ready to take advantage of his opportunity.

“They’ve been a lot of fun,” he said. “Hopefully we can have a good final weekend and put together a solid run.”