Johnson there for Elliott after Dover runner-up finish: 'I certainly appreciate his friendship'

Johnson there for Elliott after Dover runner-up finish: 'I certainly appreciate his friendship' 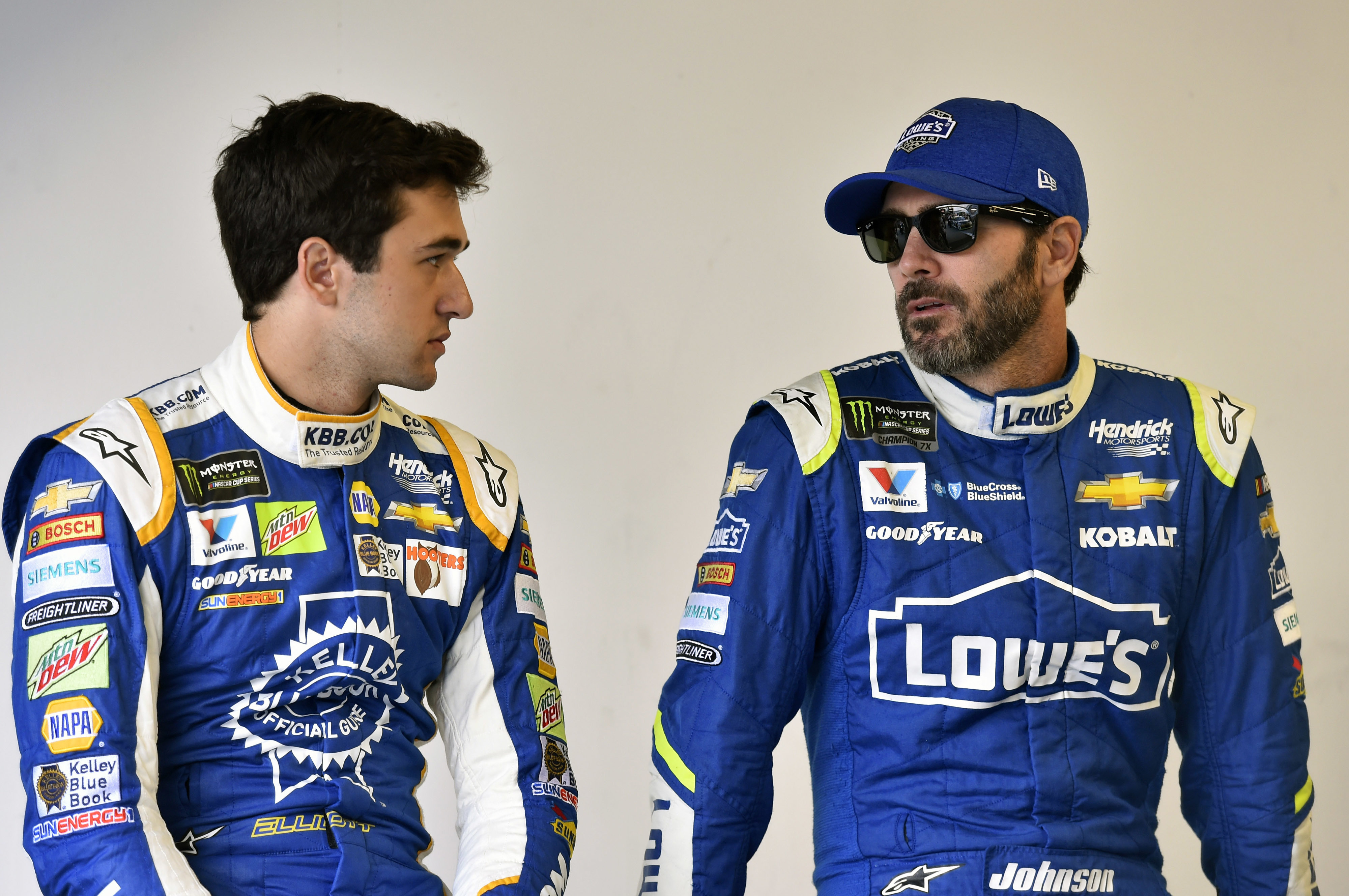 CONCORD, N.C. – When Chase Elliott climbed out of his No. 24 NAPA AUTO PARTS Chevrolet SS Sunday at Dover International Speedway, he was understandably disappointed.

He lost the race lead as the white flag waved, having been passed by eventual race-winner Kyle Busch. His second-place finish helped propel him to the second round of the NASCAR Cup Series playoffs, but even that good news wasn’t enough to affect his mood.

Teammate Jimmie Johnson, who has certainly faced similar situations even as a seven-time champion, made his way to Elliott’s car right away.

He took a few moments to chat with the young driver before he had to face the cameras for interviews.

“I knew I couldn't make him feel any better,” Johnson said. “I just wanted to check on him and turn him around where people couldn't see his face and let him get those few first words and sentences out.”

“I just know from my own experience it's just nice to kind of vent and get through that.”

Elliott was still angry at his own performance down the stretch, but he recognized the gesture from his teammate.

“I certainly appreciate his friendship and him being willing to come over and talk to me,” he said. “I think that kind of shows the kind of person he is. But it doesn't fix my lack of performance this afternoon.”

Johnson noted that disappointment aside, he and Elliott both finished in the top three and moved on to the next round of the playoffs, and an important race at Charlotte Motor Speedway awaits this weekend.

“I feel for him,” he said. “I feel for that No. 24 team, a great group of guys, and man, they have been so close. I know today stinks, but we are getting our cars going the right way and I know he is going to be a factor in Charlotte.”

And Johnson expects that first trip to Victory Lane for Elliott and the No. 24 team to come sooner rather than later.

“They're a fantastic race team,” he said. “Chase is one heck of a driver, and I look forward to whenever that celebration does happen.”