Inside the numbers: Hendrick Motorsports dominant at 'the Paperclip'

Byron thrilled to reunite with Fugle: 'It worked out perfectly'

Texas race postponed to Monday due to weather

Inside the numbers: Hendrick Motorsports goes big at Texas 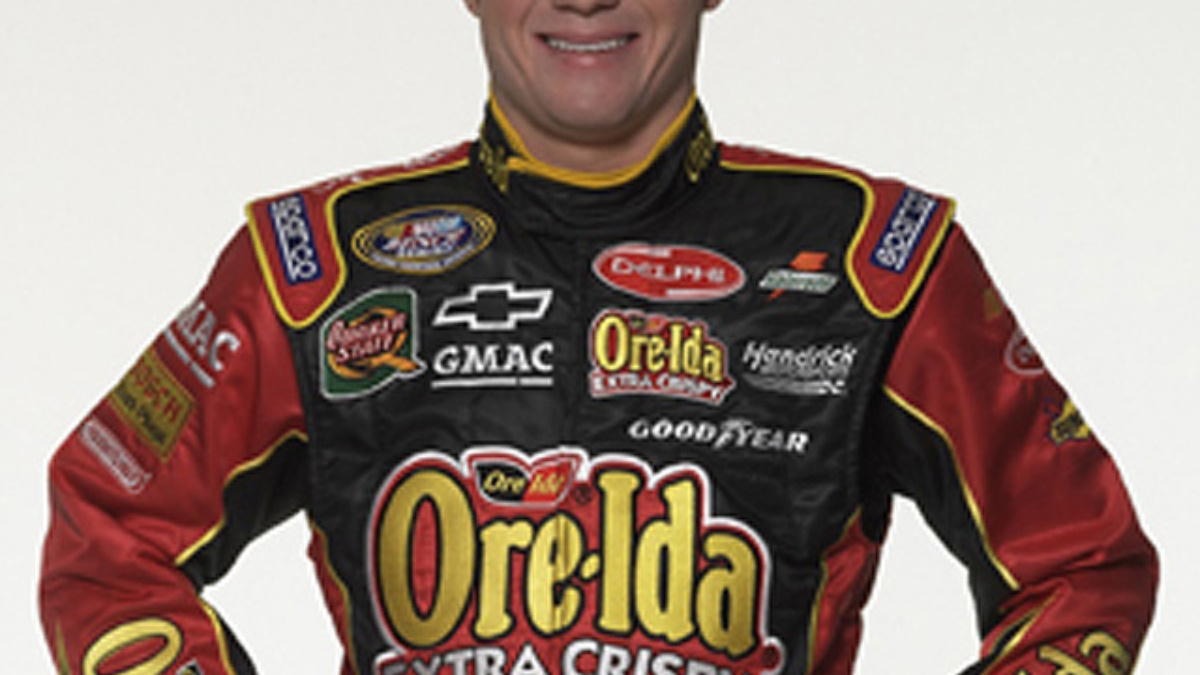 CONCORD, N.C. (Feb. 8, 2005) - Hendrick Motorsports owner Rick Hendrick today announced that 21-year-old Brian Vickers will return to the NASCAR Busch Series for four races in 2005 with support from primary sponsor Ore-Ida and its Extra Crispy French-fry brand. As part of the agreement, Vickers will drive his four Busch Series races in Ore-Ida-wrapped No. 57 Chevrolets. “We’re fortunate to have Ore-Ida’s increased involvement at Hendrick Motorsports,” Hendrick said. “The four Busch Series races this season will provide Brian with some valuable time on the race track that will translate into success during Sunday’s races.” In addition to its support of Vickers’ Busch Series appearances, Ore-Ida will become a major associate partner of the No. 25 NEXTEL Cup Series team with Vickers as driver. “We’re excited about continuing our relationship with Hendrick Motorsports and teaming up with such a talented young driver as Brian Vickers,” said Dave Singer, category development manager for Ore-Ida. “Our relationship with Hendrick has been a springboard for engaging NASCAR fans and our retail partners with our popular new Extra Crispy line of products.” Vickers, the 2003 Busch Series champion is scheduled to make his first Busch Series start of 2005 at Lowe’s Motor Speedway May 28, followed by events at Daytona International Speedway in July, Michigan International Speedway in August and the season finale at Homestead-Miami Speedway in November. “I’m looking forward to working with Ore-Ida this season and hopefully for many more to come,” Vickers said. “They’ve put together a program that will allow us to generate some excitement and put us in a position to post a few wins this season.” During his first full season in the Busch Series while driving for Hendrick Motorsports, Vickers posted three wins, one pole position, 13 top-fives and 21 top-10 finishes en route to capturing the 2003 circuit championship. At age 20, the Thomasville, N.C., native became the youngest champion in any of NASCAR’s top-three touring divisions. ABOUT ORE-IDA: Ore-Ida is the most trusted and popular name in the frozen potato and onion business. As the nation's leading marketer of frozen potatoes, Ore-Ida produces a variety of products including Golden Fries, Golden Crinkles, Extra Crispy, Easy Fries, Zesties!, Crispers!, Steak Fries, Tater Tots, Hash Browns, Twice Baked, Mashed and Onion Rings. ABOUT HEINZ: H.J. Heinz Company is one of the world's leading processors and marketers of high-quality ketchup, condiments, sauces, meals, soups, snacks and infant foods through all retail and foodservice channels. A host of favorite brands, such as Heinz Ketchup, Ore-Ida French Fries, Boston Market and Smart Ones meals and Plasmon baby food are the growth drivers in Heinz's two strategic global segments: Ketchup, Condiment and Sauces and Meals & Snacks. Heinz's 50 companies have number-one or number-two brands in 200 countries, showcased by the Heinz brand, a global consumer icon with $2.5 billion in annual sales. Fourteen additional brands, each with more than $100 million in annual sales, generate a further $2.6 billion. Information on Heinz is available at www.heinz.com/news. ABOUT HENDRICK MOTORSPORTS: Hendrick Motorsports has won nine NASCAR championships in the last decade and currently fields teams in the sanctioning body’s top two divisions -- the NEXTEL Cup Series and Busch Series. Drivers include Kyle Busch, Jeff Gordon, Brian Vickers, Terry Labonte and Jimmie Johnson.
Prev Article