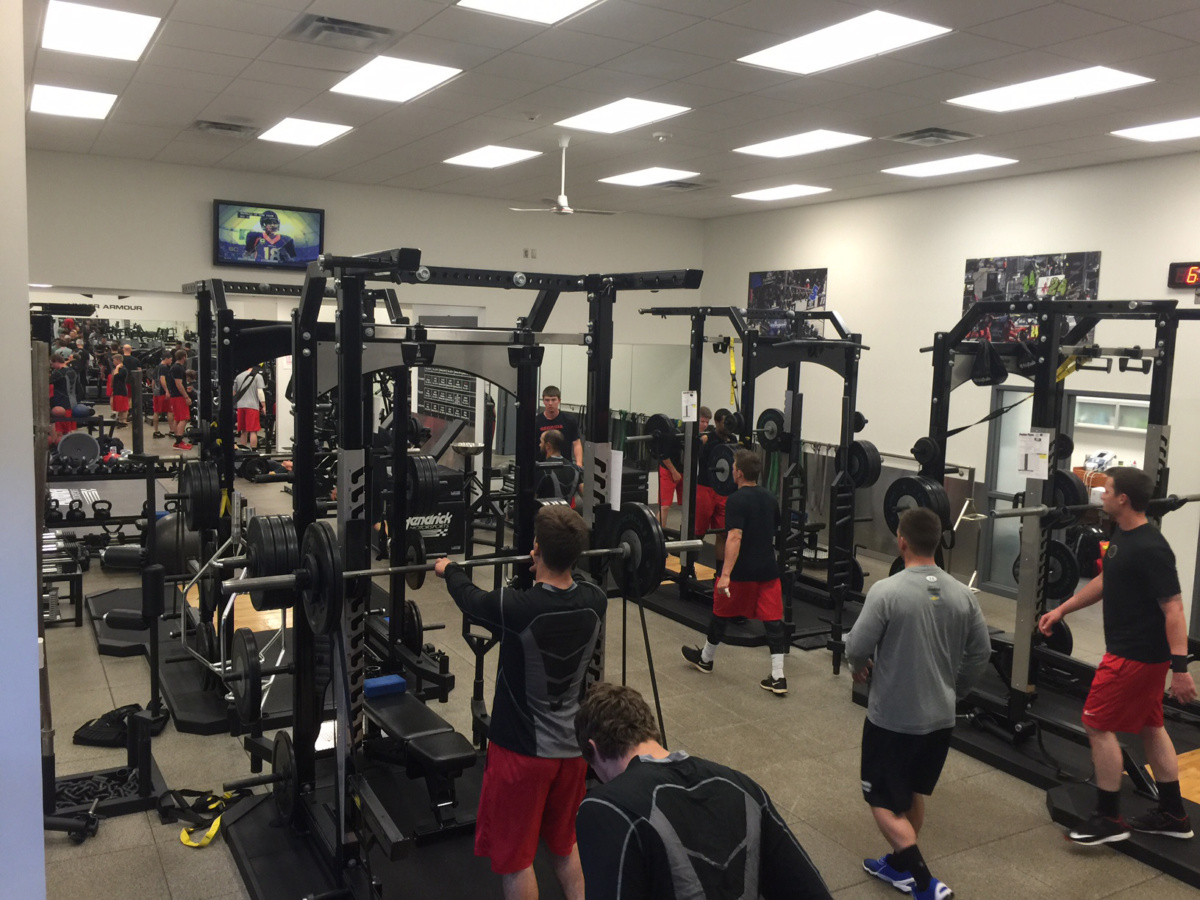 The University of Georgia baseball team already knows that, but had the opportunity to put its teamwork skills to the test Tuesday before the school’s game against Charlotte that night. The Bulldogs visited the Hendrick Motorsports campus and got an inside look at what it takes to be a member of a pit crew.

“It’s been awesome,” said Stephen Wrenn, a center fielder for the Bulldogs currently in his junior year at the university. “I did not realize that all this went into an operation.”

The college team’s itinerary began Monday evening with a workout on the race team’s campus and Wrenn admitted that he had no idea the type of physical training required to be a part of a pit crew.

Ryan Patton -- rear-tire changer on the No. 48 team pit crew -- set up the visit, working it out with the University of Georgia baseball coaching staff over the last year.

“It was good for those young guys to see NASCAR and to see everything NASCAR has to offer,” Patton said.

Tuesday morning, the baseball team discussed the importance of teamwork and was able to watch the No. 48 pit crew athletes working together during practice. The players then had the opportunity to see a car up close and learn how to work on it. 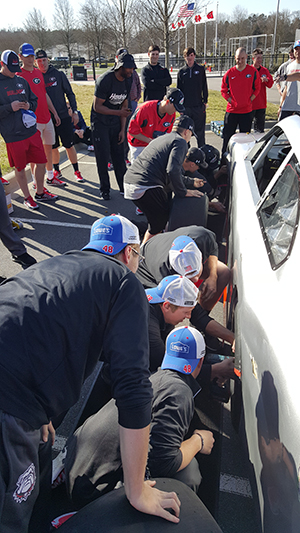 Scott Stricklin, head coach for the Georgia Bulldogs baseball team, said that the practice was valuable for his team.

“It’s been a great experience for our guys just to see the detail that goes into something to be so successful that Hendrick Motorsports has been able to be year-in and year-out,” the coach said. “Just the attention to detail, the teamwork and the camaraderie that’s gone on that we’ve seen today, it’s been really beneficial for our guys.”

After learning a bit about the car, the athletes then competed in their very own pit crew competition. Divided into groups of four, they had to devise a game plan for how to go about changing a tire on the car in the fastest possible time.

Wrenn’s team was not quite up to par.

“We went in and the first one was kind of a disaster,” he laughed. “My team was 28 seconds to change a tire.”

After a few more practice rounds, the teams were able to try their hand at tire-changing two more times before the official competition. Wrenn admitted that the process was more difficult than he had anticipated.

“It’s just meticulous,” the athlete said. “It was tough to understand where to put everybody to make it most efficient.”

Patton, now in his fourth year with the No. 48 crew, said the teams definitely improved by their final session, chopping more than 20 seconds off of the worst time of 40 seconds.

“Now whether they can change a tire for us, I’m not so sure about that,” he laughed. “I think it was a good opportunity for them to see what we do and obviously apply it to the field for them.”

Both Wrenn and Stricklin agreed that some of the values they saw in play with the Hendrick Motorsports pit crew can relate to their own sport.

And for all involved, it proved to be an enlightening experience.

“You watch (NASCAR) on Sunday and they’re going in circles and you don’t really think there’s that much to it but man, it’s unbelievable the operation that’s here and that exists and all these things that these guys have to go through to get prepared for a race,” Stricklin added. “It’s really impressive.”
Prev Article
NOTICE
We use cookies to enhance your site experience, analyze site traffic, and serve targeted advertisements. For more information, read our privacy policy.