In her own words, Linda Hendrick on sharing 'amazing, lifelong journey' with Rick

In her own words, Linda Hendrick on sharing 'amazing, lifelong journey' with Rick 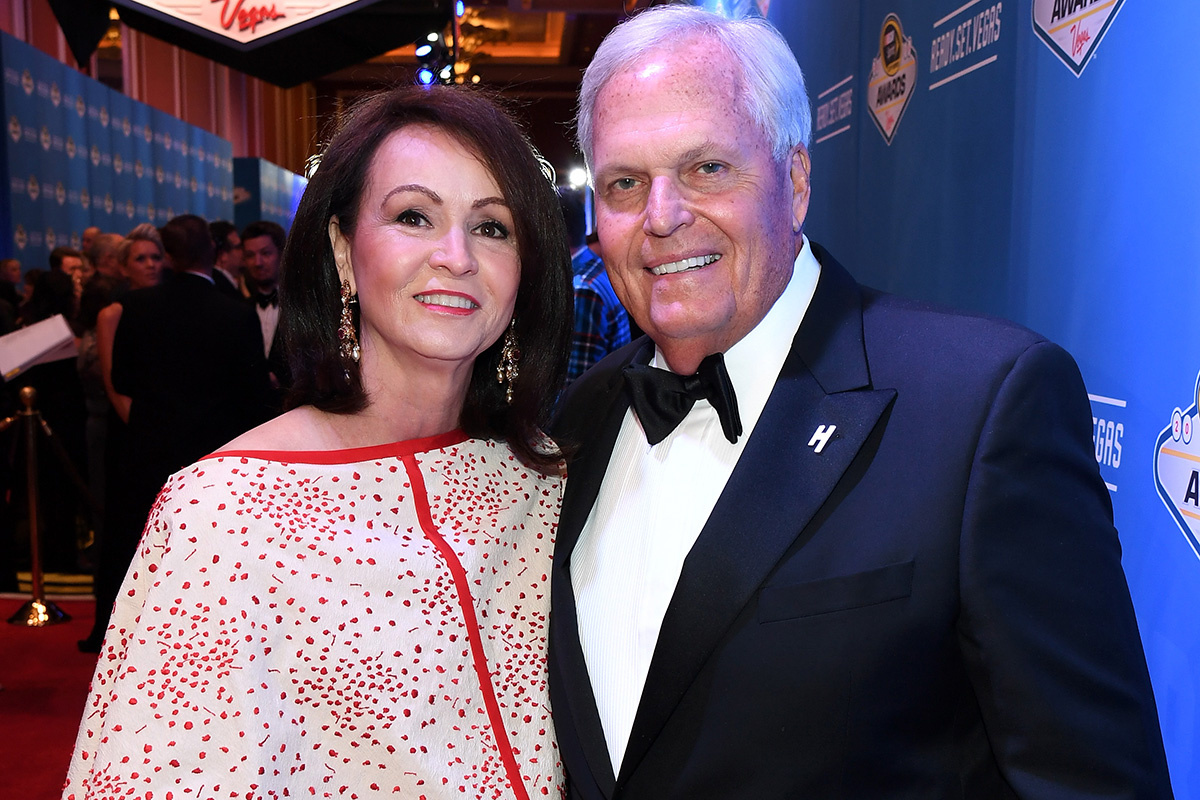 Editor’s note: Below, Linda Hendrick shares her thoughts as her husband, Hendrick Motorsports owner Rick Hendrick, is poised to enter the NASCAR Hall of Fame.

It’s been quite a journey.

It’s been an unexpected journey, but an amazing, lifelong journey. It could be compared to a rollercoaster ride – we’ve had our highs, our lows, the good, the bad, the ugly, and all the chapters of not just racing, but life.

I think only a wife in the sport of auto racing, with the demands and schedule that it has, could understand the sacrifices you have to make and the juggling act you have to maintain when you’re trying to raise a family and race, too – let alone building race teams and growing an automobile business.

When Rick and I got married, we were just like all young people – we didn’t have any plans of our own. We never could have imagined what was to come. It’s just not something we talked about – that we were going to start a race team or car dealerships. We just took it one step at a time and one day at a time. Looking back, where we started, how things have progressed and where we are now, it’s like a dream that we just happened to be a part of.

And we’re so grateful.

When I first met Rick, I didn’t even know he liked racing. Obviously, it didn’t take long to find out his passion for cars, and how much he loved the speed and competition. He would race anything that you gave him. But it began as a hobby – to think that we could even afford to be in the business of racing was the furthest thing from our minds. In fact, we’d have to count our money at the back of the grocery store to make sure we had enough when we made it to the cashier.

But it grew from there. After we were married, the first type of racing we were involved in was a drag car, and I would pack the parachutes. When he began racing drag boats, it was once again something we couldn’t afford, but I sold T-shirts in the parking lot and had our little girl, Lynn, with me. Fortunately, we had a great driver and the fastest boat, so it was easy to sell those shirts.

It’s just something that we did together as a family. There were not a lot of glamorous days, but you know what? We were having fun. We really, really were. I loved seeing how much he enjoyed it, and in turn I enjoyed it myself.

There’s no doubt that cars and racing made him happy, and it’s easier to be good at something that you enjoy. His passion for NASCAR and for the automobile business is extraordinary.

There were not a lot of glamorous days, but you know what? We were having fun. We really, really were.

I’m so proud of Rick, and I would be whether he was going into the Hall of Fame or not. But I think he deserves to be there for the contributions that he’s made to the sport and the way he respects it. He’s put so many years into this and so much hard work and so much effort. I’m grateful to all those people who see what I see in Rick and voted him in. That just means the world to me.

Rick and I have taken this journey together, just the two of us. We were the first team. We’ve paid all the prices and been through all of this together. So, it means the world to me that I can be the one to present the Hall of Fame ring to him. I know he loves me – we exchanged rings long ago – and now he gets to receive a ring from something else he loves in life. I’m glad that I can be the one to pass that love on, that ring he’ll treasure so much.

Because of racing, we’ve laughed a lot, we’ve celebrated a lot, and we’ve cried a lot. It’s a sport that we’ve loved and enjoyed so much together as a family, but it’s cost us a lot, too.

But I tell you, the first time you show up at that track, and you look around to see all the people in the stands, and they’re singing the national anthem, and the cars fire up when they say, “Start your engines” – it’s just an unbelievable feeling. I couldn’t believe when we first became a part of it that it was really true. It just seemed bigger than life to me. Like a dream.